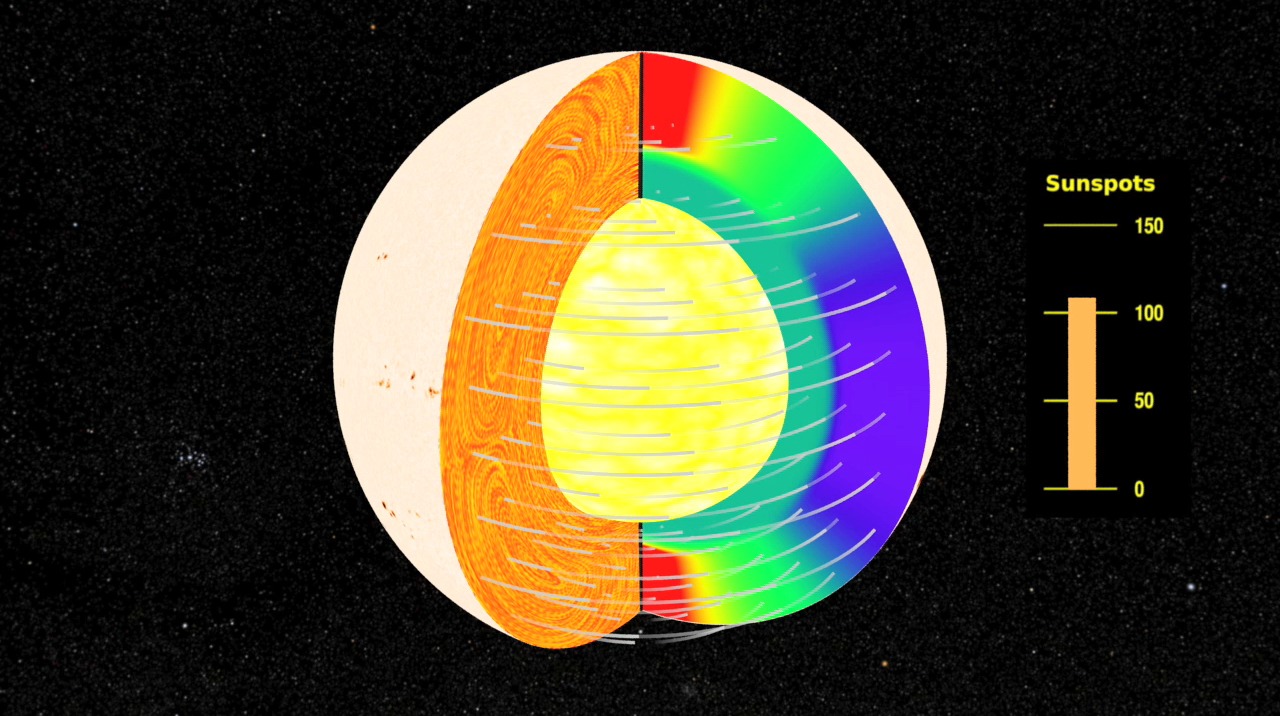 In this visualization, we illustrate the fluid flows in the Sun which drive the solar magnetic dynamo. The flows can be considered as a combination of two components, a toroidal component and a meridional component.

The toroidal flow corresponds to the rotational motion of the Sun. In the cut-away view, this motion is represented by the streaking flow vectors. The color code of the cross-section on the right-hand side illustrates the rotational period of this flow. Here we see that flow near the equator (in violet) takes about 24.5 days to make it all the way around the Sun. As we move to higher latitudes, we see that the flow gets steadily slower, increasing the time it takes to go around the Sun to as much as 34 days (in red) near the poles. A non-uniform fluid flow such as this is known as differential rotation. This motion in the interior can be measured at the solar surface through techniques of helioseismology.

The yellow and white center in this model represents the solar radiative zone.

In the cross-section on the left-side, we represent the other component of the flow, called the meridional flow, which moves plasma between the equator and the polar regions.

For more information on the solar dynamo go to: http://svs.gsfc.nasa.gov/search/Series/SolarDynamo.html