This section provides details about the SDO spacecraft, when it will be launched, and SDO's planned orbit. Please note that details in the design will change as the mission matures.

The science of the Solar Dynamics Observatory will be performed on a spacecraft that allows both nearly continuous observations of the Sun and a science data downlink rate over of 100 Megabits per second (Mbps). These two requirements determined the orbit and spacecraft design as well as the definition of the SDO Mission.

SDO has been on station for over nine years, observing the Sun almost 24 hours a day each day. Over 350 million images are in the SDO data archives and 3000 research papers have appeared describing the science of SDO.

The SDO observatory was launched on February 11, 2010, 10:23 am EST. SDO is now in the "Launch and Early Operations" phase of mission development, during which the instruments and spacecraft are turned on and tested on orbit. At the same time, ground system is used to control the spacecraft and accept the data from the instruments and subsystems. Once the spacecraft and instruments are commissioned SDO will begin its observing of the Sun. This prime observing phase of SDO is planned to last five years - almost half a solar cycle - with the possibility of a 5-year extension.

May 25-June 2, 2008
SDO passed the Vibration and Acoustic tests in Building 10 at Goddard 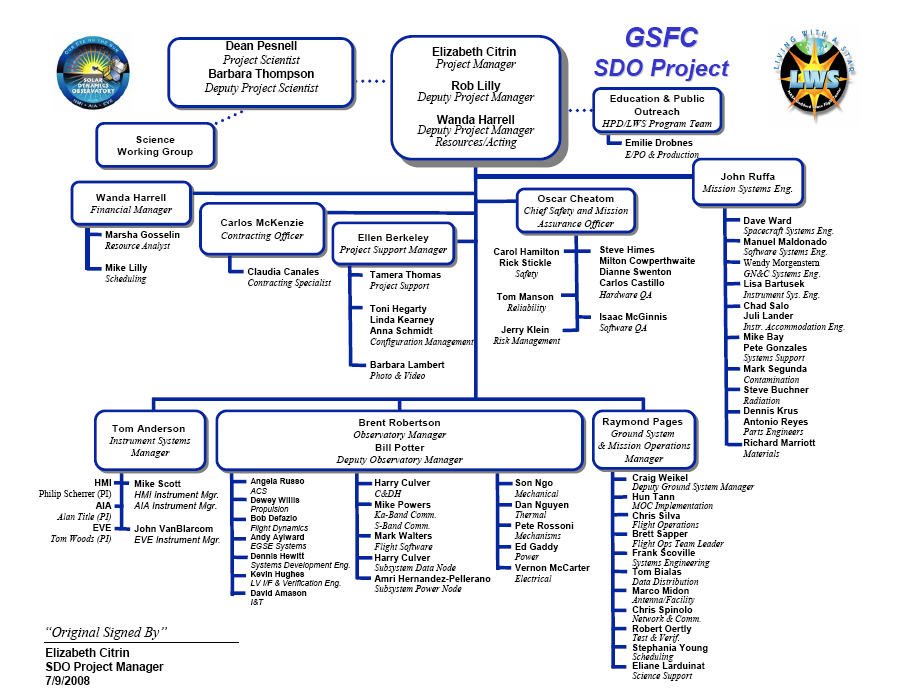