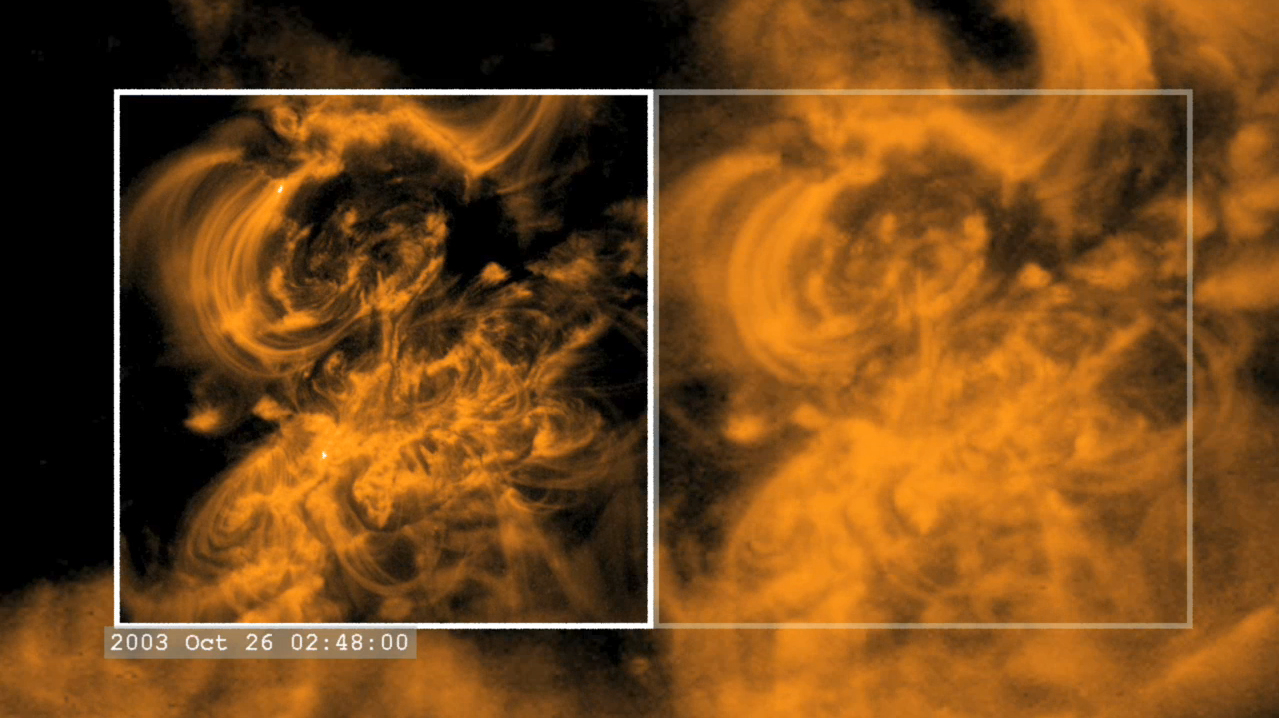 Solar Dynamics Observatory (SDO) will dramatically increase our ability to collect data about the Sun. This visualization compares the temporal and spatial resolution of SOHO/EIT with TRACE. SDO will enable TRACE-like image and temporal resolution over the entire solar disk.

This movie opens with a full-disk view of the Sun in ultraviolet light (195 Ã…ngstroms) from SOHO/EIT using the traditional TRACE 'gold' color table. We zoom in on the active region on the western limb where the TRACE instrument is pointing and fade-in an inset of the higher-resolution TRACE data. To emphasize the comparison, the TRACE inset is moved aside (with a solid white border) revealing the matching EIT data view (enclosed in the faint white border). At this point, we step through the time series of data frames. In this movie, much of the TRACE imagery is collected at time intervals between 3 and 40 seconds. On the other hand, a new SOHO/EIT image is taken about every 12 minutes (720 seconds). The SDO Atmospheric Imaging Assembly (AIA) will take full-disk solar images at four times the SOHO/EIT spatial resolution, a whopping 4096x4096, and at least 70 times the temporal resolution, 10 seconds or better per image. This creates a data rate over 1000x higher than SOHO/EIT. It is roughly equivalent to TRACE spatial and temporal resolution, but over the entire solar disk.