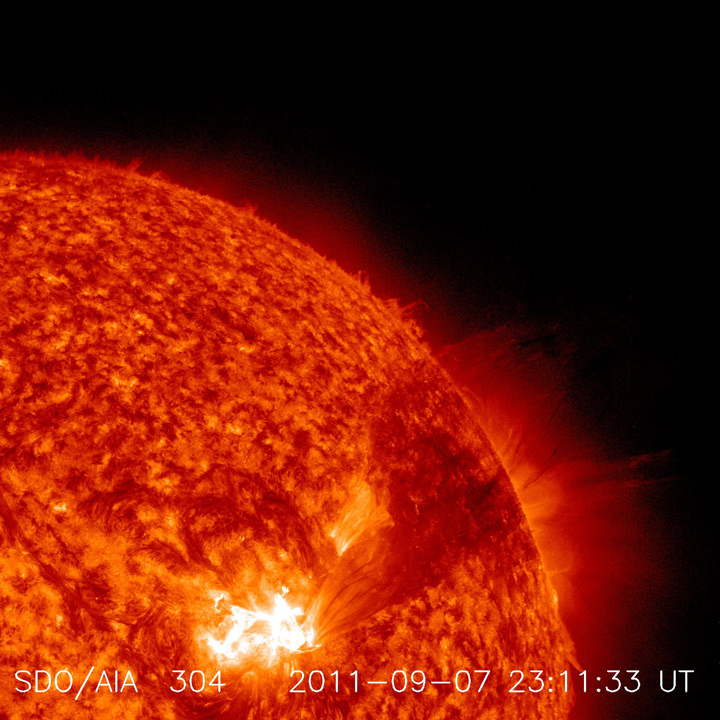 The Sun unleashed a large X class (strongest category) flare late on Sept. 7 and into early Sept. 8, 2011. The images were taken in extreme ultraviolet (UV) light from SDO. The video clip presents the flash of the flare and a mass of ejecta that rose above the Sun, some of which fell back to the surface. However, other instruments from SOHO and STEREO showed a large mass of particles rushing out into space. Flares emit a great deal of radiation, but this is not captured in this wavelength of light. The brightness of this flare caused very bright saturation and 'blooming' above and below the flare region on the CCD detector and caused extended diffraction patterns to spread out.