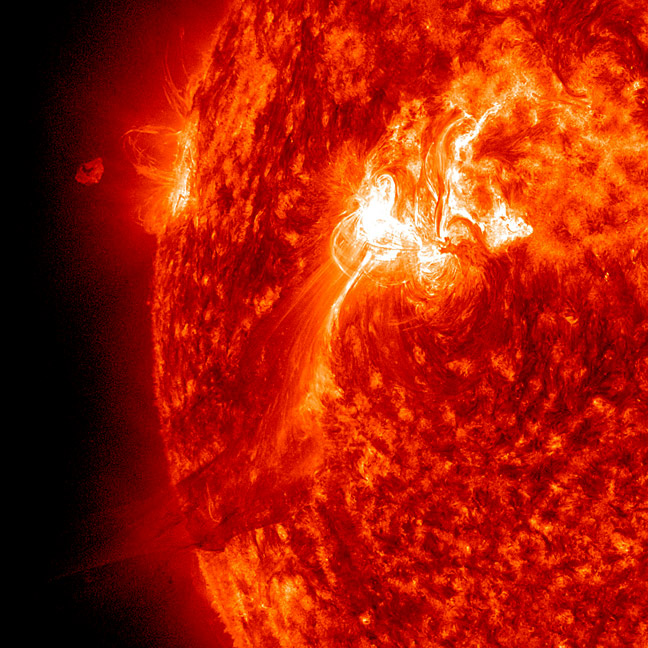 The Sun popped off an M-Class (moderate level) flare on Sept. 25, 2011 that sent a plume of plasma out above the Sun, but a good portion of it appeared to fall back towards the active region that launched it. The activity in the video clip, seen in extreme ultraviolet light, covers just 3 hours. With an image every minute, every nuance of graceful motion can be observed in wonderful detail. The bright flash shows the flare itself erupting. Since this event, this active region has been the source of several large flares and many lesser ones that have caused geo-effective storms on Earth as it has rotated around towards facing us.