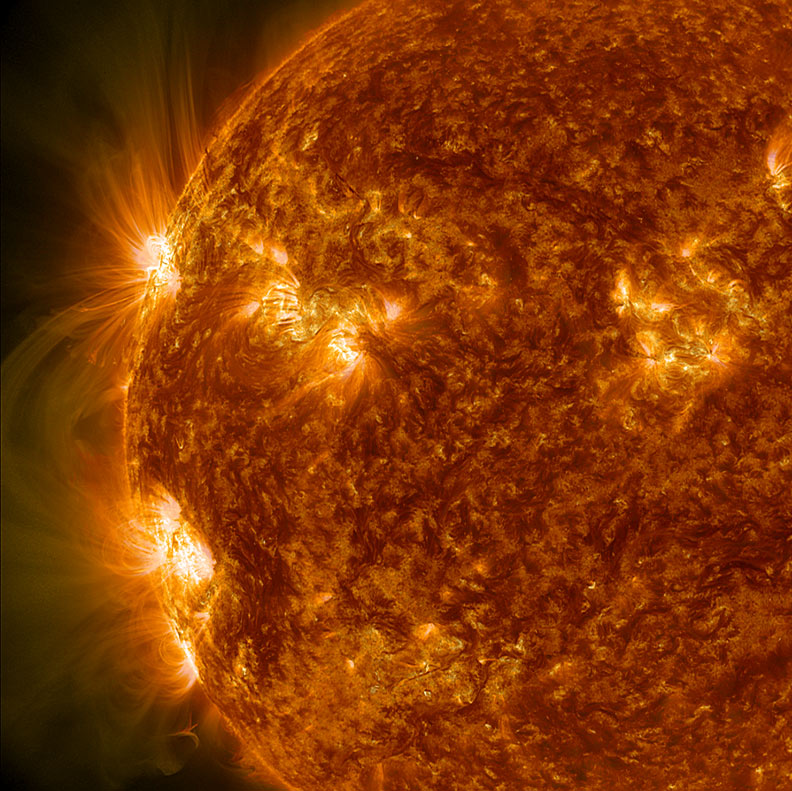 One large and two good-sized, energetic active regions were rotating into view (Nov. 1-2, 2011). Note how the magnetic connection between the upper two areas clearly begin to reach over and interact with each other. Above them, the magnetic field lines, made visible in extreme ultraviolet light by particles spiraling along them, rise out and loop back to the Sun, constantly changing their structures. The image and movie were made by combining two different wavelengths of UV light. The upper most active region has already produced several M-Class (moderate sized) flares. As these regions rotate towards the center of the Sun, any solar storms they generate could produce effects here on Earth. We'll be keeping an eye out on them.