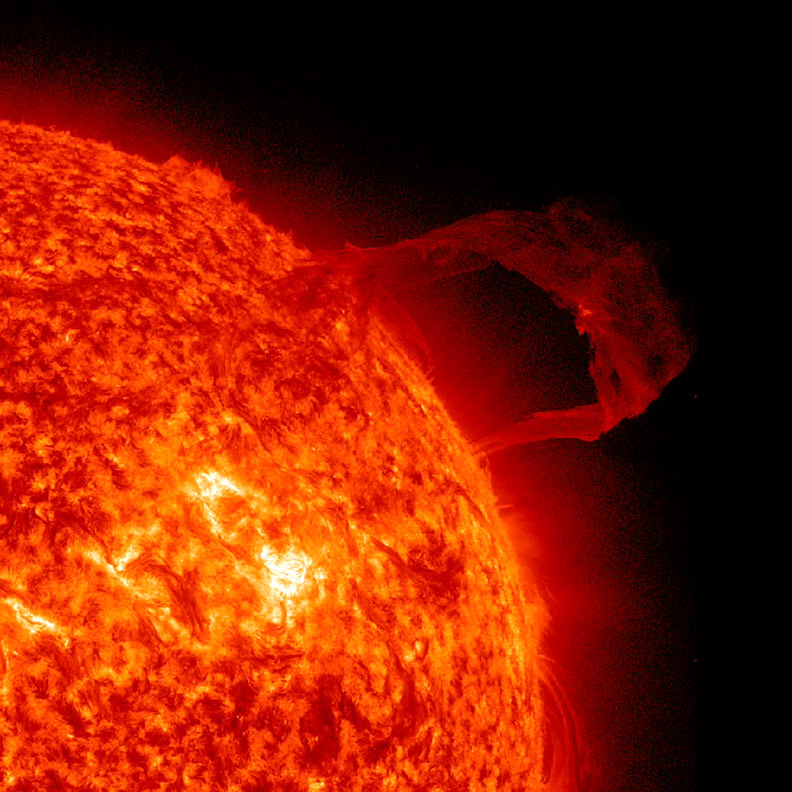 A long, solar prominence that rotated into view almost two weeks ago finally became disorganized and broke away into space forming a nifty large loop as it did (Nov. 21-23, 2011). NASA's Solar Dynamics Observatory (SDO) watched in extreme ultraviolet light as the magnetic forces that tethered it in place gradually became unstable, the prominence began to crumble, and eventually lifted off. The Sun is becoming more active as it approaches the solar maximum expected in 2013.