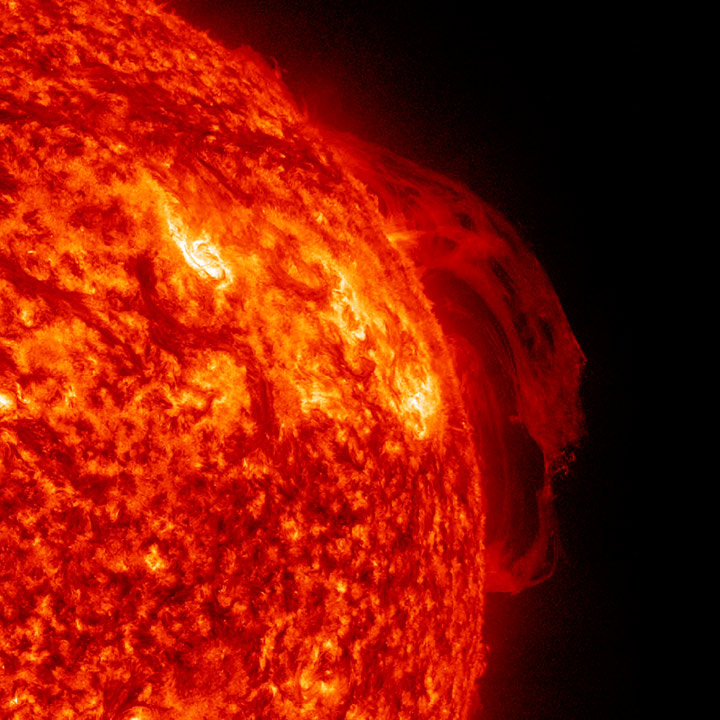 A huge prominence arched up over the Sun's surface over a two-day period (Jan. 16-18, 2012) and dynamically swirled and tangled itself up before it faded away. The swirling mass of cooler gases stretched an impressive 40 degrees or so (about 500,000 km) across the Sun. These images were taken in extreme ultraviolet light. Prominences are cooler clouds of gas suspended above the Sun by magnetic forces. They can last from hours to weeks, but usually only last a few days.