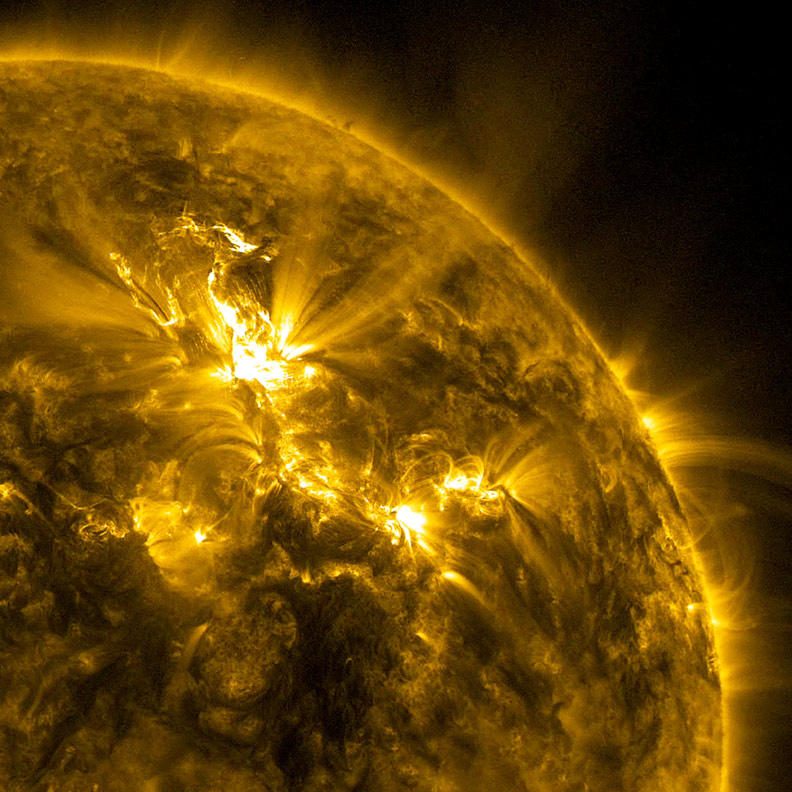 An M8.7 (quite large) solar flare erupted from the Sun accompanied by a large coronal mass ejection (CME). The tell tale brightening of the flare early on Jan 23, 2012, was followed by a burst of particles into space, then superheated magnetic loops spun up in coils above the active region as the magnetic field began to re-organize itself. The eruption sent a stream of fast-moving, highly energetic protons toward Earth, igniting the most intense solar energetic particle storm since 2005. The fast-moving CME also was headed towards Earth where it generated wonderful displays of aurora in the higher latitudes. The video clip shows the eruption in extreme ultraviolet light and covers about nine hours of activity.