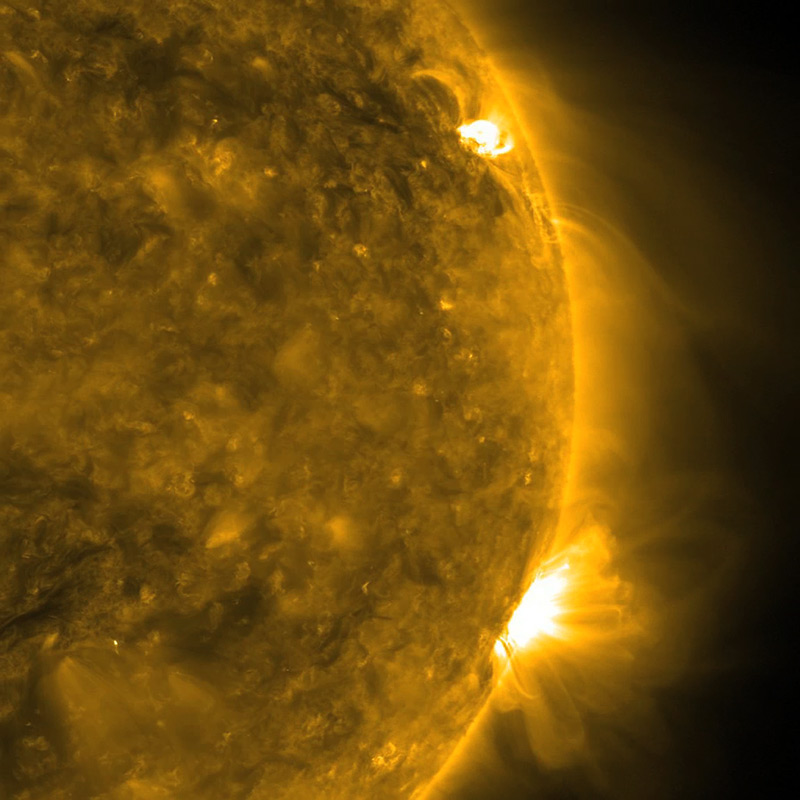 The close-up view of waving, dynamic loops above two active regions on the Sun reveal the magnetic struggle occurring near the surface over a two-day period (June 6-7, 2010). As seen here in extreme UV light, charged particles spiral along these magnetic loops that arc out above and back into the surface. The emission from these particles is what creates the light that appears in the image and reveals the magnetic field lines. If viewed in visible light, larger active regions (like the lower one) appear as darker sunspots because they are somewhat cooler than the surrounding solar surface. It looks like the two active regions do generate some magnetic interactions with each other as well.