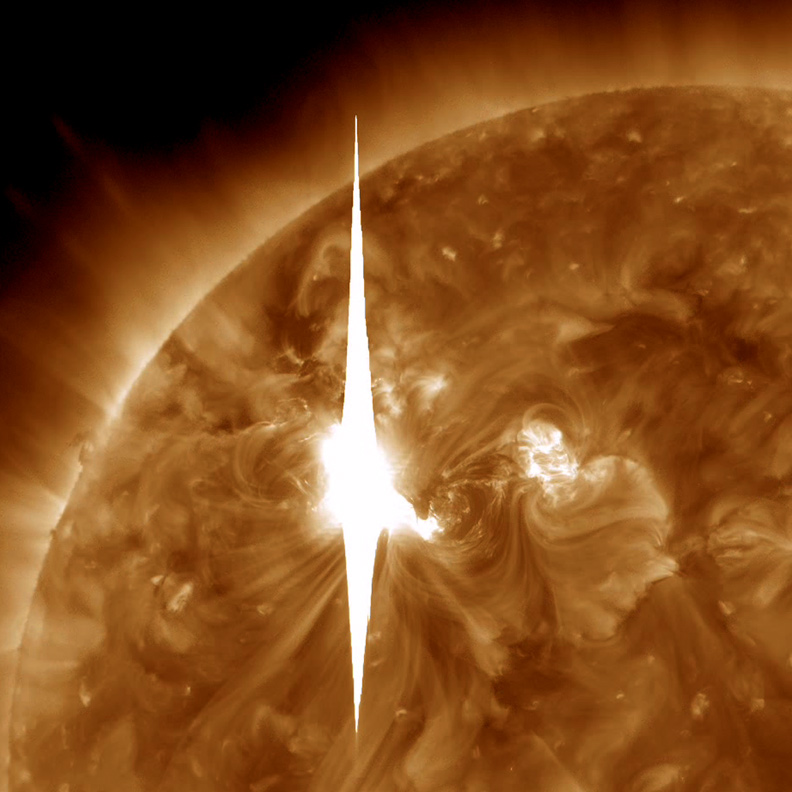 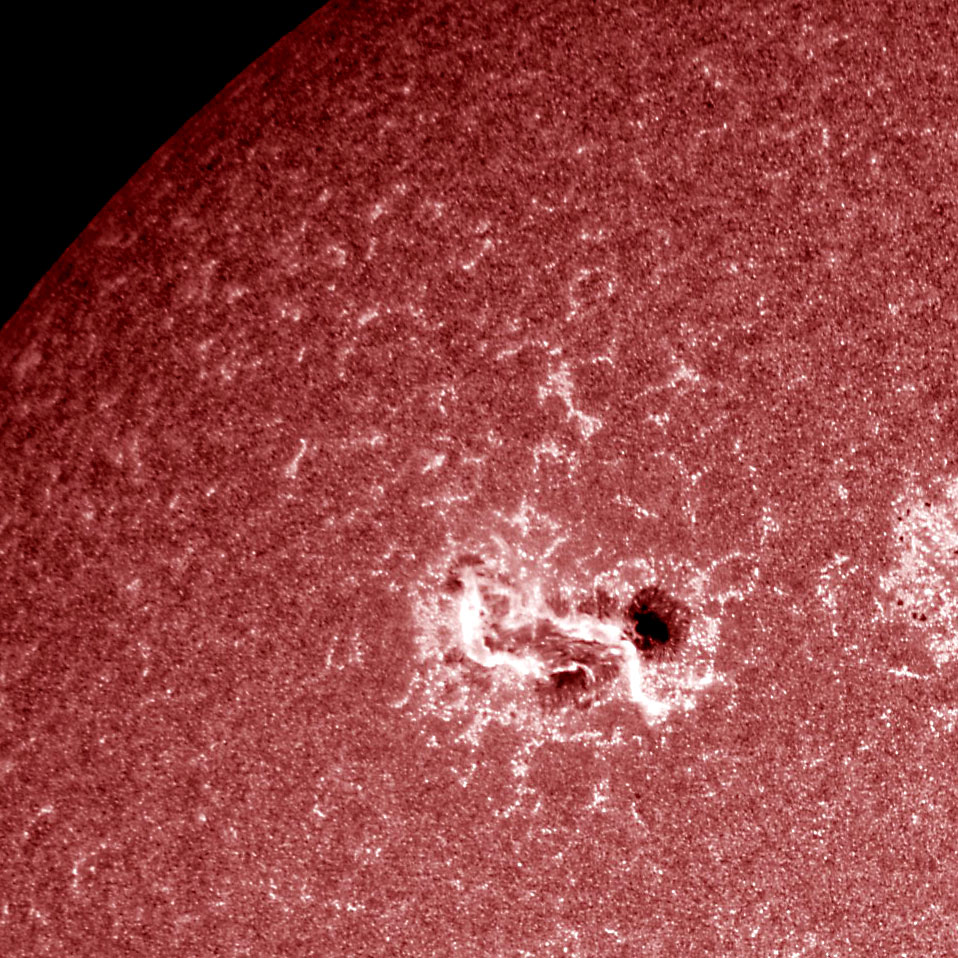 A large sunspot region (AR1429) unleashed an X5 class flare (the second largest of this solar cycle) and a smaller one (X1) late on March 6, 2012, seen in extreme ultraviolet light by the SDO spacecraft. The bright flare (with several smaller flashes) was followed by a large coronal mass ejection that smacked Earth with a moderately strong geomagnetic storm two days later. The video clips covers about five hours of activity. The elongated, vertical streak in the still is really a visual aberration caused by its brightness overwhelming our sensors. It triggered a temporary radio blackout on the sunlit side of Earth that interfered with radio navigation and short wave radio.

The close-up, pink image in the 1700 wavelength (below) clearly shows the bright, double ribbons of the flare, probably the best view we have seen of this kind if event. This image was taken at 00:59 UTC on March 7. High-resolution versions of this event in other wavelengths can be viewed and downloaded here: http://svs.gsfc.nasa.gov/vis/a000000/a003900/a003920/