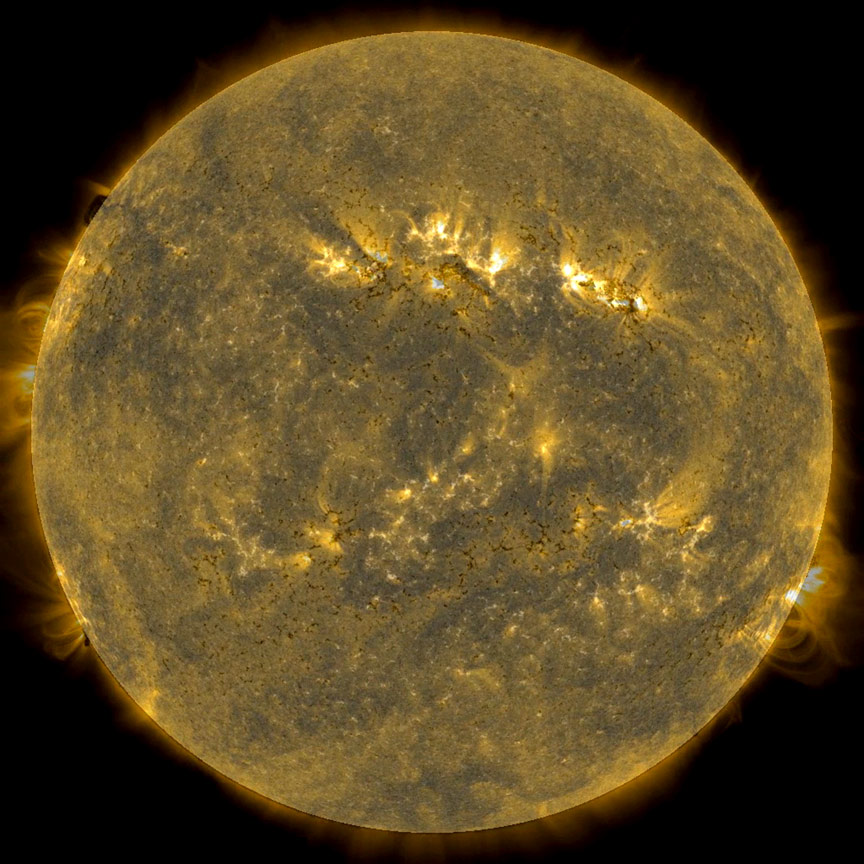 One thing leads to another, literally. The correlation between the magnetic field structures observed near the surface of the Sun (revealed in the black and white magnetograms) and the loops and active regions that are visible higher up in the corona (seen in extreme UV light, yellow tint) is striking and fun to see revealed. The video clip that fades between the two views shows activity over 4.5 days (Apr. 4-8, 2012). The strong black and white regions indicate strong magnetic polarity. These same areas, when viewed higher up in the solar atmosphere, show how the forces generate the bright loops of materials spinning along these extended magnetic field lines. It's interesting to, in essence, digitally peel away the layers.