Out on the Fringe 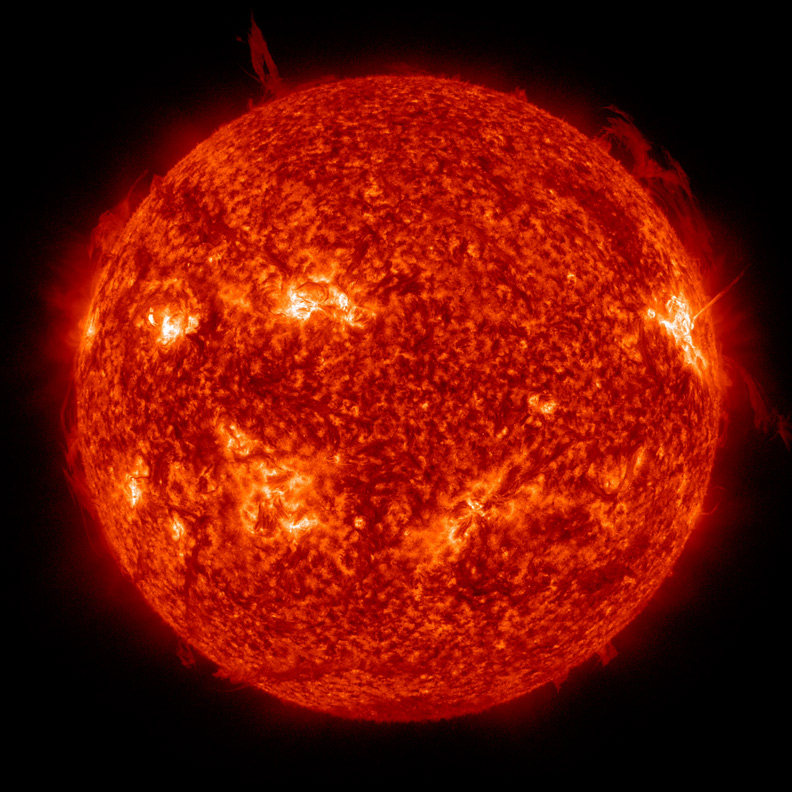 The Sun sported numerous prominences along its edge over a two-day period (May 14-16, 2012). Prominences were rising up and breaking off at a good clip. The surface as well was peppered with lighter areas, which are active regions, often the sources of solar storms. Our favorite prominence is the tall thin one that stands up at the top of the Sun near the end of the clip. And this too: plasma can be seen streaming along magnetic field lines on the left and particularly the right side. The Sun is viewed here in extreme ultraviolet light.