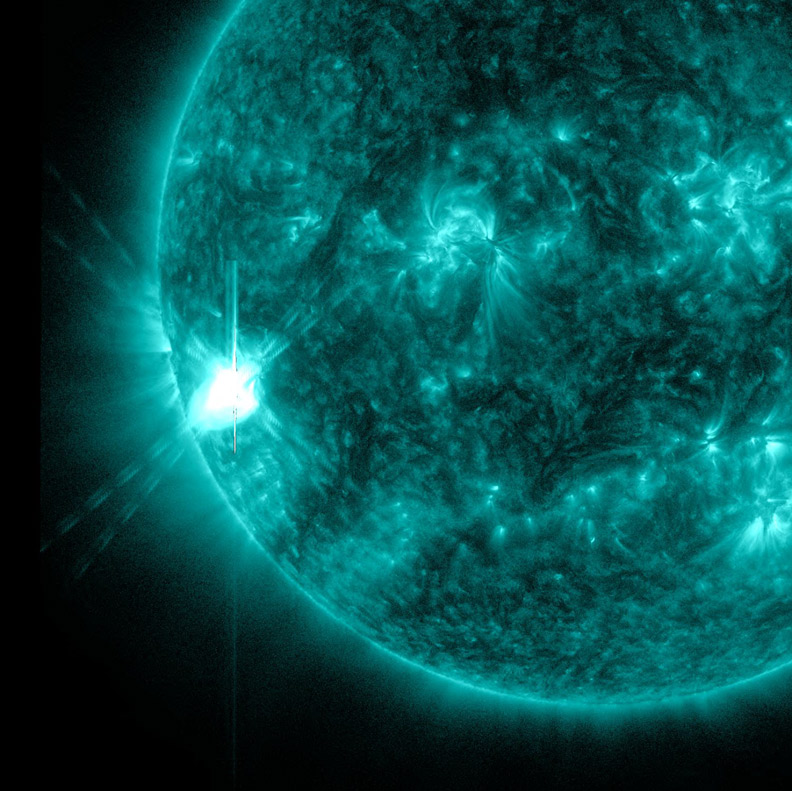 The Sun emitted a significant solar flare on Oct. 22, 2012, peaking at 11:17 p.m. EDT. The flare came from an active region on the left side of the sun that has been numbered AR 1598, which has already been the source of a number of weaker flares. It was captured by SDO in the 131 Angstrom wavelength of extreme ultraviolet light. The movies covers less than an hour.

This flare was classified as an X.1-class flare. "X-class" denotes the most intense flares, while the number provides more information about its strength. An X2 is twice as intense as an X1, an X3 is three times as intense, and so on. An X-class flare of this intensity can cause degradation or blackouts of radio communications for about an hour. This event did produce an impulsive R3 Solar Flare Radio Blackout. R3 is considered "Strong", meaning a wide area blackout of HF radio communication, loss of radio contact for about an hour on the sunlit side of Earth.