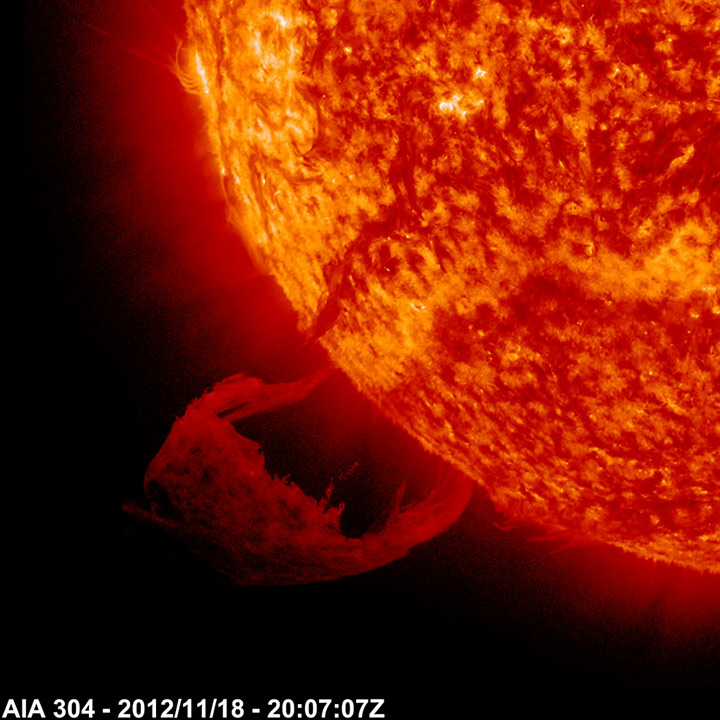 A prominence composed of solar plasma just behind the edge of the Sun, rose up and swirled around for many hours, then burst away into space over about a one-day period (Nov. 18-19, 2012). Unseen magnetic fields, mostly above this area, are the driving forces behind the event. This action was captured in extreme ultraviolet light by Solar Dynamics Observatory. Events like this are fairly common, but when viewed in profile, it is easier to see the dynamics of the plasma more clearly.