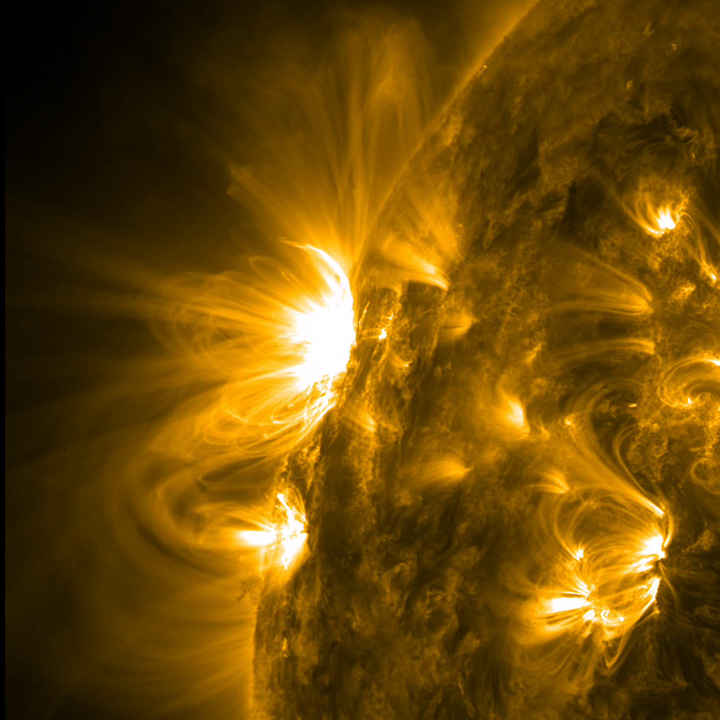 A pair of significant active regions that were coming into view put on a dazzling display with a canopy of magnetic loops (Jan. 5-7, 2013). The arcs, seen here in extreme ultraviolet light, are charged particles spinning along the magnetic field lines emanating from these active regions. Either one of these two regions, which are, in fact, seen as sunspots when viewed in filtered light, are four times larger than Earth. Forecasters suggest that these regions could produce substantial flares. We're keeping a keen eye of them.