Roger! We Have a Liftoff! 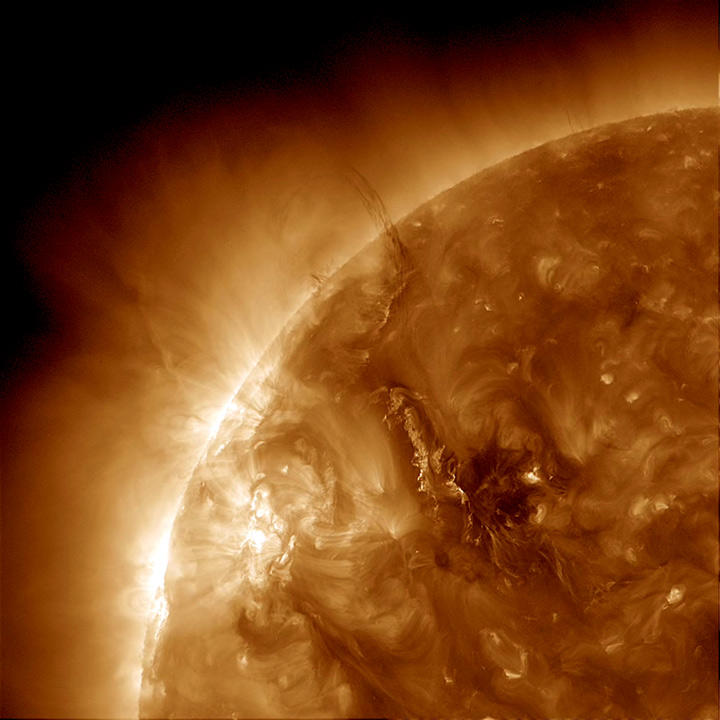 A solar prominence arched up and then erupted out from near the Sun's surface (Jan. 23, 2013). SDO observed the event, also associated with a coronal mass ejection, in extreme ultraviolet light as it evolved over seven hours. The strand of solar plasma appeared to perform a somersault as it expanded and disappeared into space. The disruption to the magnetic fields in the area generated the coiling and spreading wave-like action below the site of the event. Solar prominences are unstable clouds of cooler gases suspended above the Sun's surface by magnetic forces.