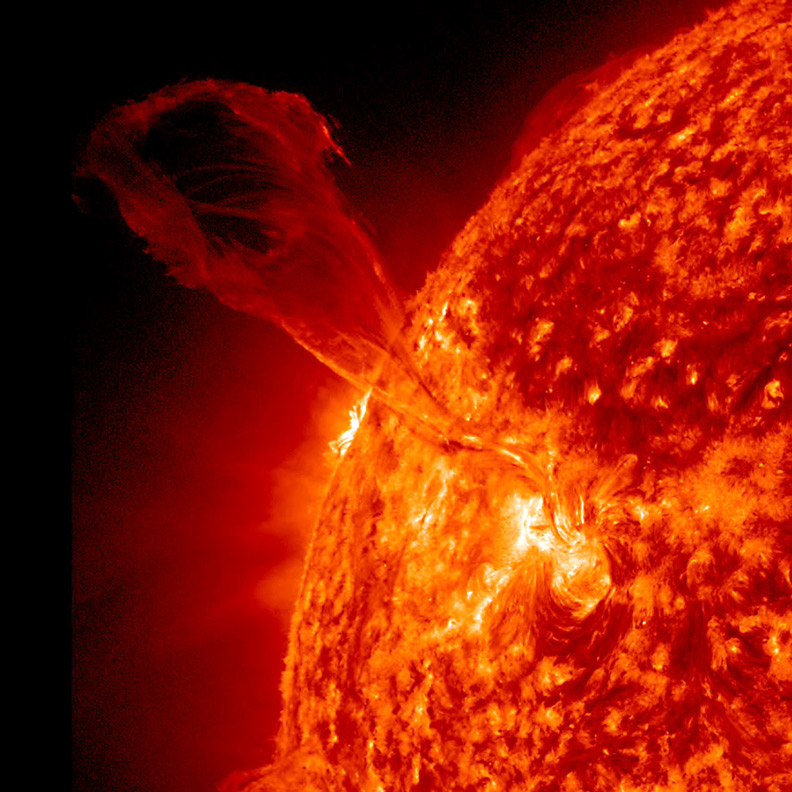 A long and complex strand of plasma hanging above the Sun's surface erupted (Jan. 31, 2013) as a long loop that stretched and broke apart as it burst into space. Much of the material actually fell back into Sun unable to break free of the Sun's gravity. The images from NASA's Solar Dynamics Observatory (SDO) were taken in a wavelength of extreme ultraviolet light (304 Angstroms). The movie covers about six hours of activity. We called it a 'dragon tail filament' because before it erupted, it did resemble one. Plasma is a hot gas composed of electrically charged hydrogen and helium. Another version shown below combines the 304 Angstrom wavelength with the 193 Angstrom, which offers better detail of the motions of the filament before it breaks away.