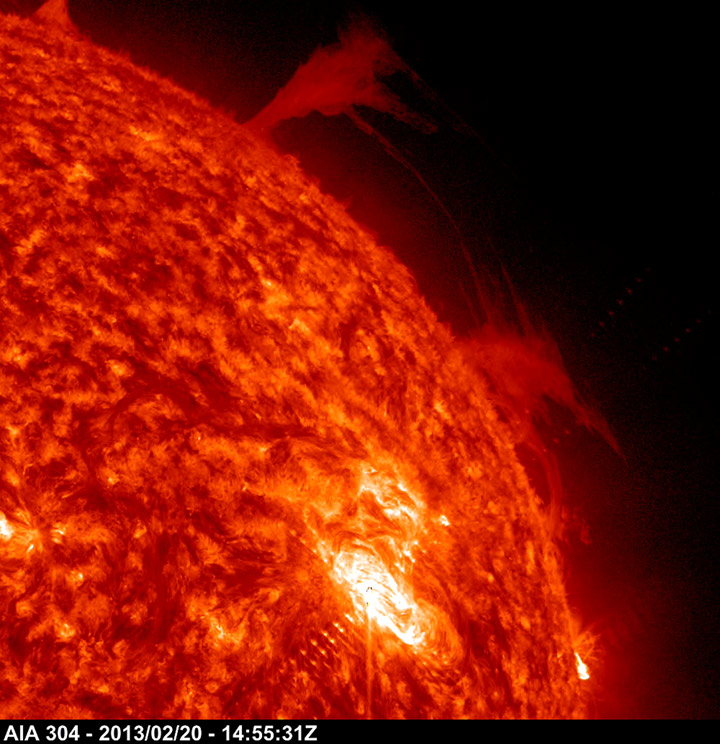 In just 14 hours two active regions not far apart popped off numerous, relatively minor, flares (seen as bright flashes), while a pair of filaments above the Sun's edge sent elongated steams of plasma back and forth between the two of them (Feb. 20, 2013). The filaments are suspended by magnetic forces. The close-up combination made for an intriguing video clip. The images were taken in extreme ultraviolet light.