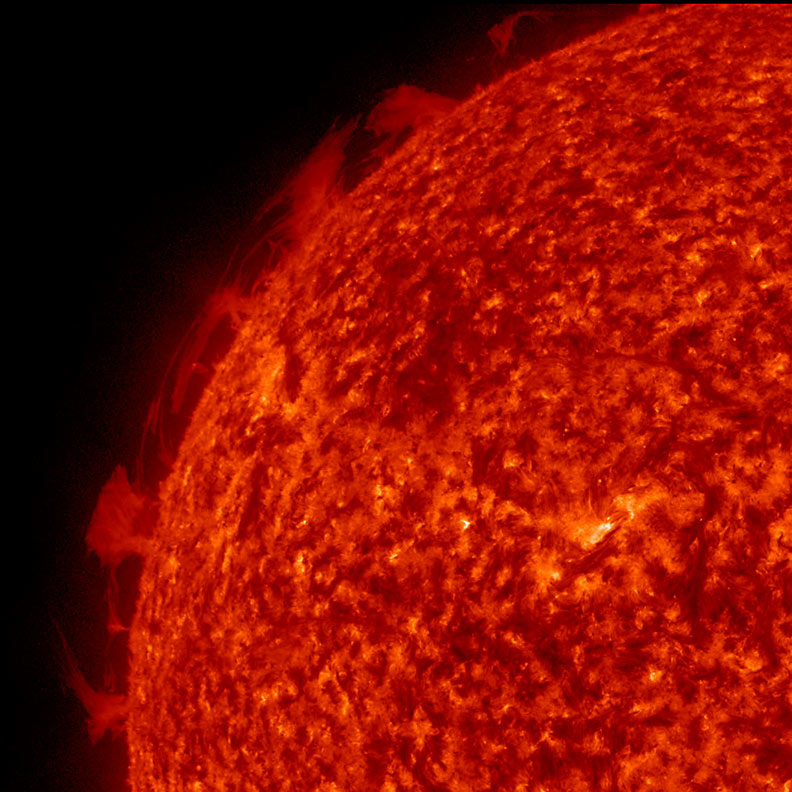 SDO captured several strands of plasma that were hovering above the Sun's surface, interacting with each other (Apr. 13-15, 2013). Magnetic forces were tugging and pulling the strands back and forth, and causing some of them to appear to be rotating. The action was taken in extreme ultraviolet light. Credit: SDO/NASA.