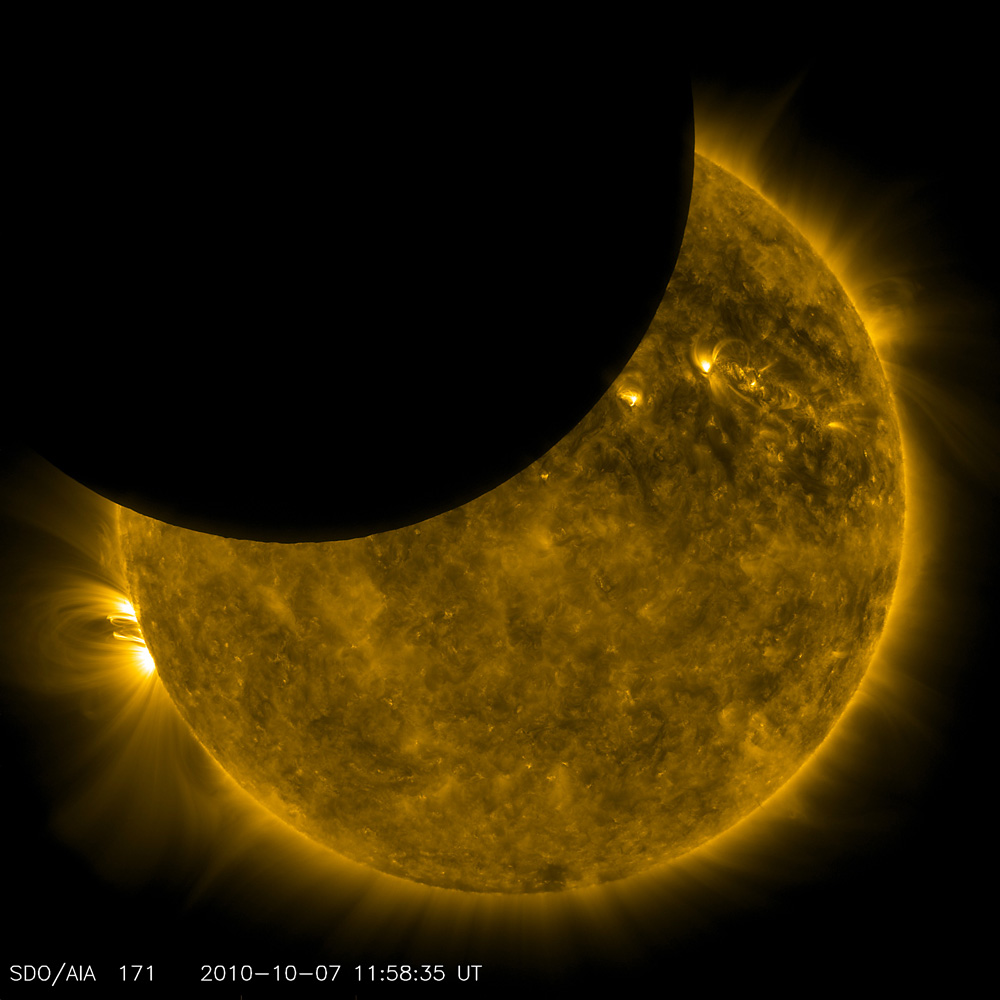 This was a first for SDO and it was visually engaging too. On October 7, 2010, SDO observed its first lunar transit when the new Moon passed directly between the spacecraft (in its geosynchronous orbit) and the Sun. With SDO watching the Sun in a wavelength of extreme ultraviolet light, the dark Moon created a partial eclipse of the Sun.

These images, while unusual and cool to see, have practical value to the SDO science team. Karel Schrijver of Lockheed-Martin's Solar and Astrophysics Lab explains: "The very sharp edge of the lunar limb allows us to measure the in-orbit characteristics of the telescope e.g., light diffraction on optics and filter support grids. Once these are characterized, we can use that information to correct our data for instrumental effects and sharpen up the images to even more detail."

The images below show both a full disk version and a close-up of the event.