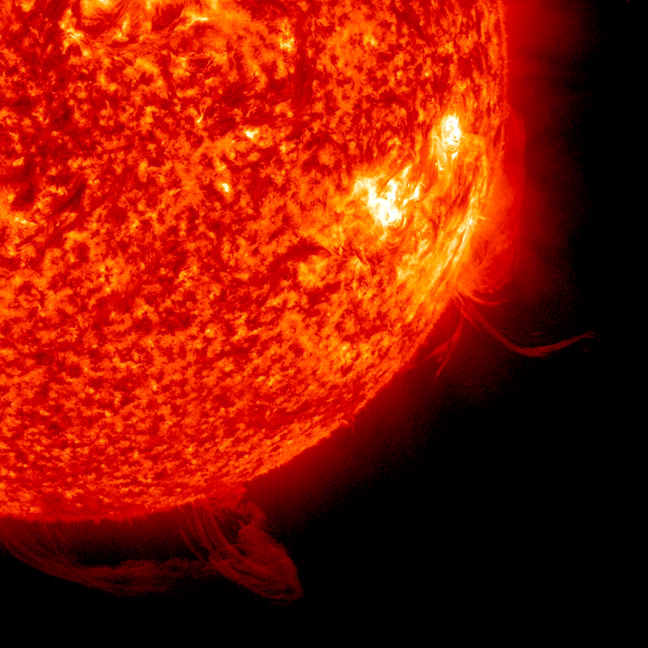 The Sun had plasma sliding along just above its surface and another area close by where plasma rose up and burst into space in less than 12 hours (May 8 - 9, 2013). The two kinds of solar activity was observed in extreme ultraviolet light. Both events were driven by competing magnetic forces emerging from within the Sun. The burst was a minor one, but still interesting to watch as it unfolds.