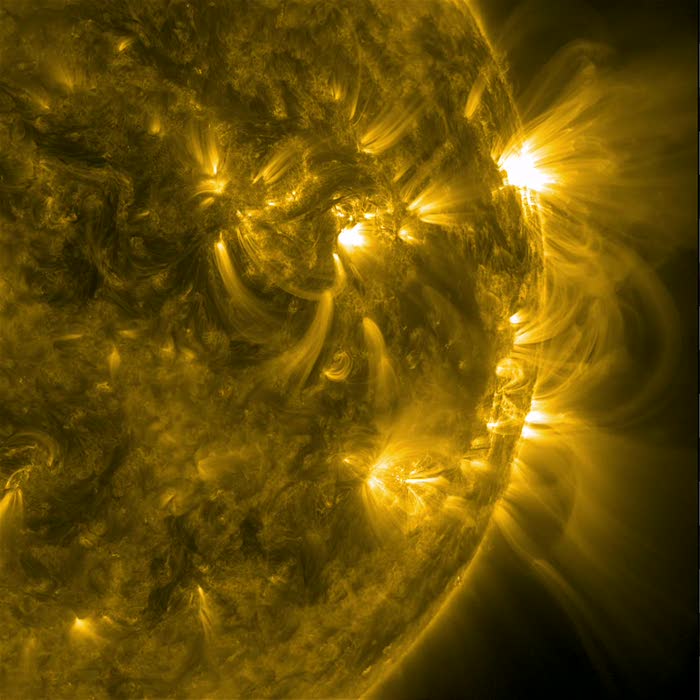 In profile, the magnetic field lines emerging from several active regions were easily observed as they reached across from one magnetic pole to another (Sept. 4-5, 2013). When viewed in extreme ultraviolet light, the tracings of charged particles along the magnetic field lines are revealed. The bright, active regions are areas of intense magnetic forces. This level of detail for the entire Sun has never been available before the SDO mission became operational. The video clip covers about 18 hours of activity. Credit: Solar Dynamics Observatory/NASA.