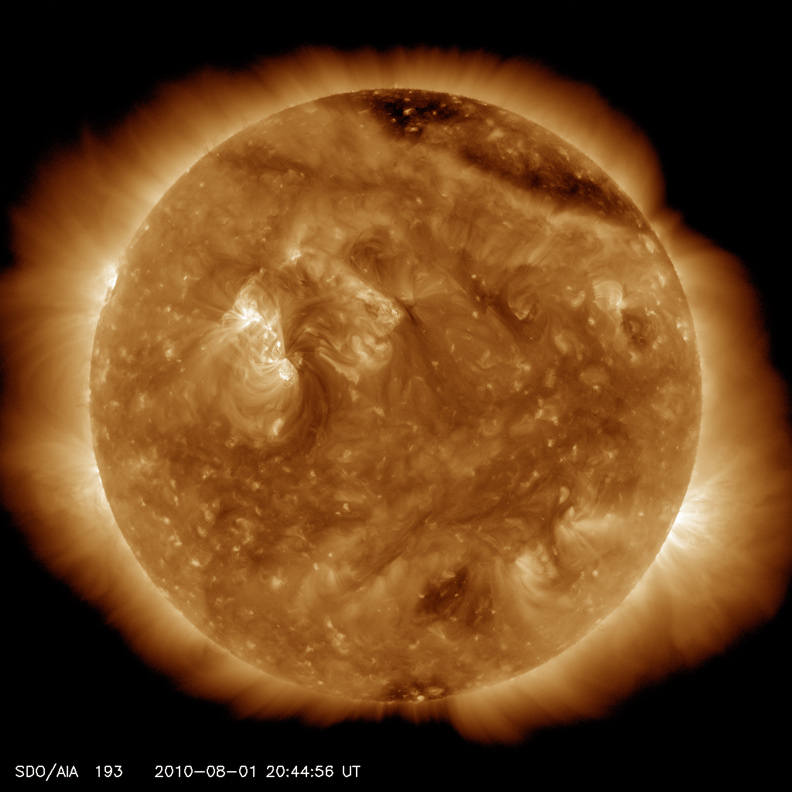 On August 1, 2010 a whole connected series of events erupted across the Sun. Filaments of magnetism snapped and exploded, shock waves raced across much of the Sun's surface. In a new paper two scientists from Lockheed Martin's Solar and Astrophysics Lab in Palo Alto, CA, offered their findings at the American Geophysical Union meeting in San Francisco (Dec. 13, 2010). They studied the events in numerous wavelengths from SDO and views from STEREO mission that allowed them to view almost the entire Sun. The first movies and stills shown here provide an example of the events in just one wavelength. Another movie shows the events in a composite of three wavelengths.

You can read the full story here: http://science.nasa.gov/science-news/science-at-nasa/2010/13dec_globaleruption/