A Spray of Plasma 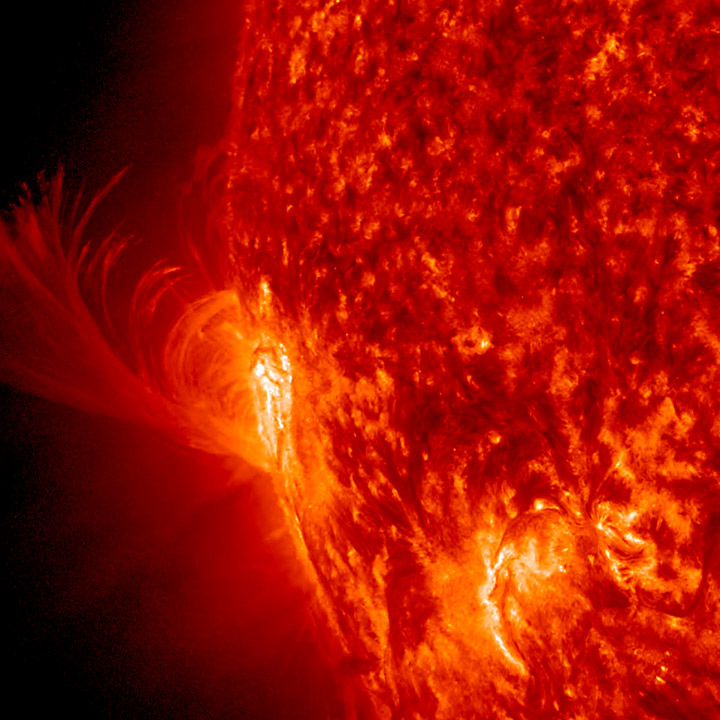 The Sun burst out with a curling spray of plasma from an active region just coming into view (Dec. 5, 2013). Other, smaller bursts also erupted from the same region, including at least one flare (seen as a brief, bright flash). All of the activity has its source in turbulent magnetic forces associated with the active region. The video, taken in extreme ultraviolet light, covers about 5.5 hours beginning at 1:00 UT. The still was taken at about 2:52 UT. Credit: Solar Dynamics Observatory/NASA.