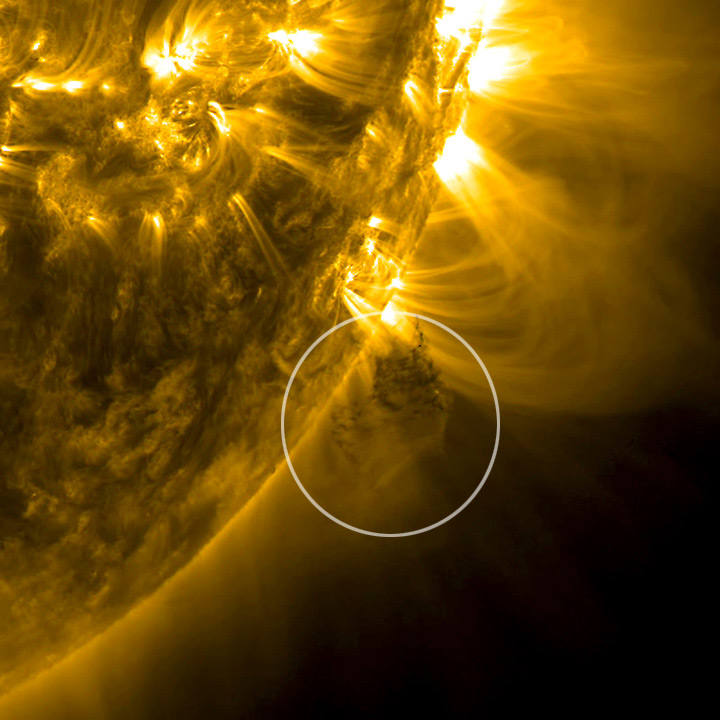 A dark clump of plasma rose up above the Sun, then twisted and spun about before it broke away and dissipated (Dec. 16-17, 2013). You can see the effect of magnetic forces pulling it this way and that over the 12-hour video clip before it is thrust into space by a coronal mass ejection. The large, bright loops emerging from the Sun north of the small mass trace magnetic field lines above several active regions. The images were taken in a wavelength of extreme ultraviolet light that reveals ionized iron heated to a million degrees. Credit: Solar Dynamics Observatory/NASA.