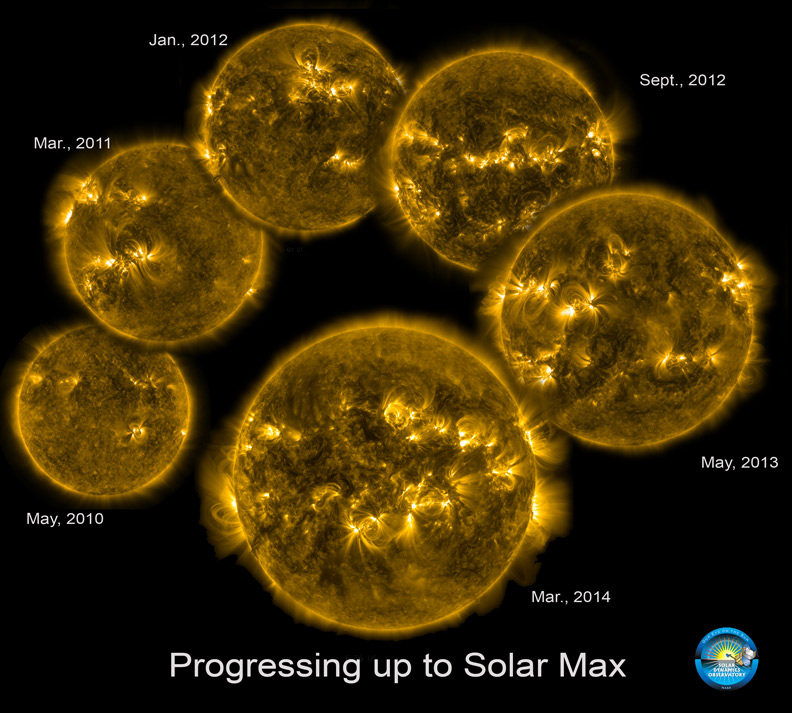 These six images from SDO show a representative image about every nine months to illustrate the rising level of solar activity since the mission first began to produce consistent images in May, 2010. The period of solar maximum is expected in the first half of 2014. Active regions appear as brighter areas. The images were taken in the 171 Angstrom wavelength of extreme ultraviolet light. Credit: Solar Dynamics Observatory/NASA.