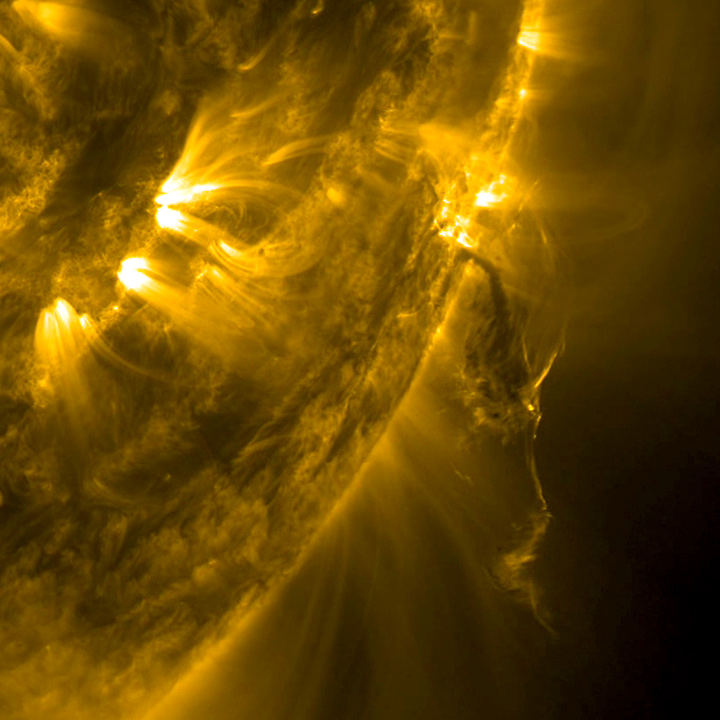 A small, hovering mass of twisted strands of plasma shifted back and forth before erupting into space (Apr. 29-30, 2014) over a period of just one day. The plasma appears darker only because it is somewhat cooler than the surrounding material when viewed in extreme ultraviolet light. The suspended plasma is being pulled and stretched by competing magnetic forces until something triggers the breakaway. This kind of activity is fairly common on the Sun, but we have only been able to view them at this level of detail since SDO began operations just four years ago. The still image was taken at 20:20 UT on Apr. 29. Credit: Solar Dynamics Observatory/NASA.