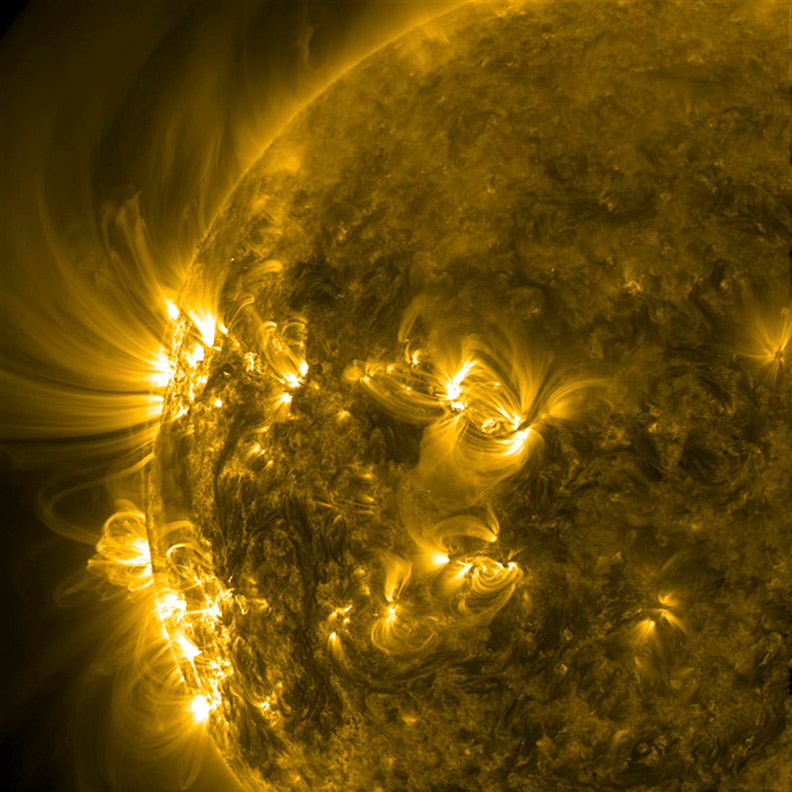 Two active regions with their intense magnetic fields produced towering arches and spiraling coils of solar loops above them (June 29 - July 1, 2014) as they rotated into view. When viewed in extreme ultraviolet light, magnetic field lines are revealed by charged particles that travel along them. These active regions appear as dark sunspots when viewed in filtered light. Note the small blast in the upper of the two major active regions, followed by more coils of loops as the region reorganizes itself. The still was taken on June 30 at 10:33 UT. Credit: Solar Dynamics Observatory/NASA.