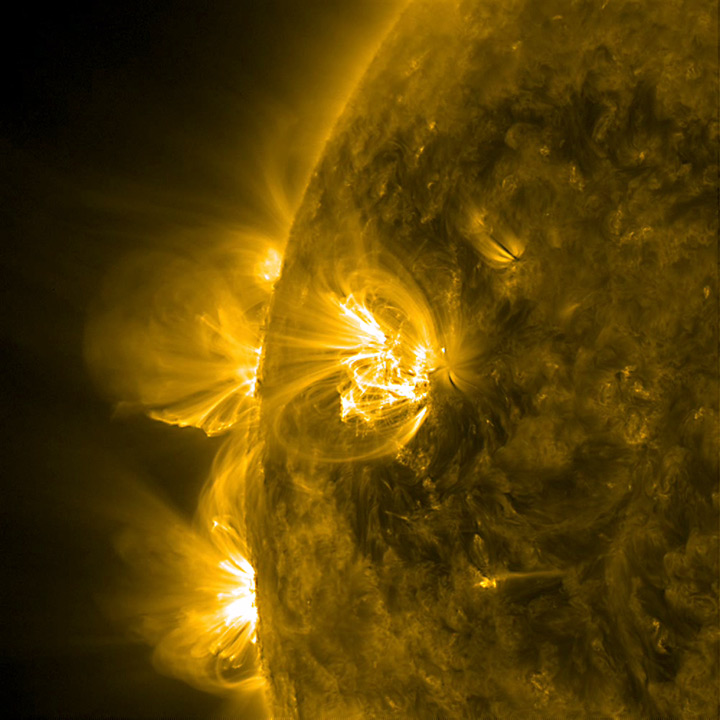 Three active regions in close proximity to each other produced a nice group of loops above them (Aug 12-13, 2014) as they were just rotating into view. One of them produced a small coronal mass ejection. Particles spinning along magnetic field lines are revealed in certain wavelengths of extreme ultraviolet light. The video covers just over an eight-hour period. The still was taken early on Aug. 13. Credit: Solar Dynamics Observatory/NASA.