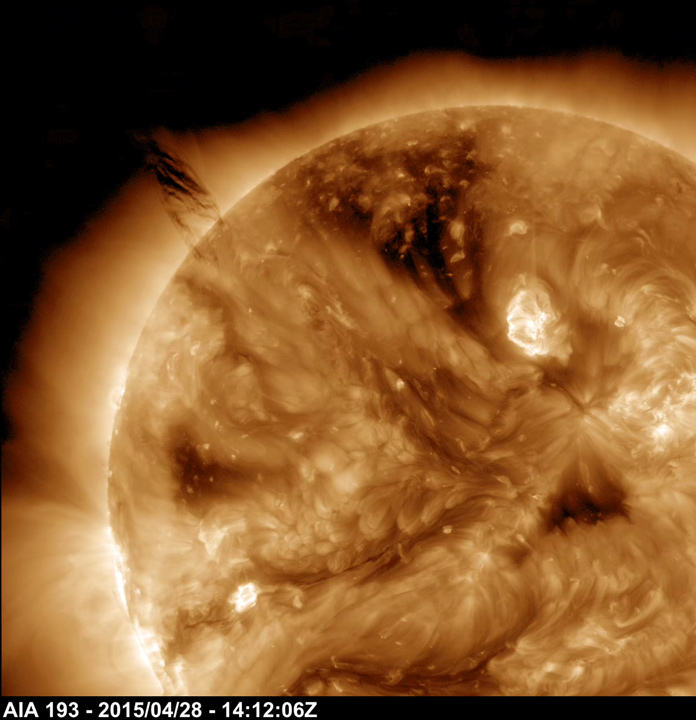 An elongated solar filament that extended almost half the Sun broke away into space (Apr. 28-29, 2015). Filaments are unstable strands of plasma suspended above the Sun by magnetic forces. When viewed in extreme ultraviolet light, they appear somewhat darker than the rest of the Sun. Solar astronomers around the world had their eyes on this unusually large filament and were thrilled to see the eruption. This image from SOHO's C2 coronagraph instrument shows the coronal mass ejection associated with the eruption. Credit: Solar Dynamics Observatory, NASA.