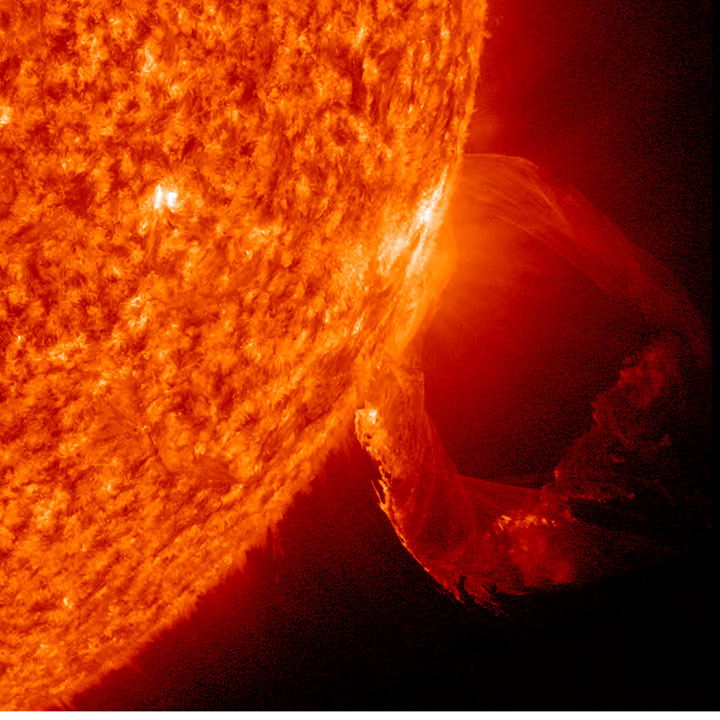 SDO captured this nicely rounded prominence eruption from March 19, 2011 as a prominence became unstable and erupted into space with a distinct twisting motion. The movie shows a tight close-up of the action in extreme ultraviolet light over about a five-hour period. Prominences are elongated clouds of plasma that hover above the Sun's surface, tethered by magnetic forces.