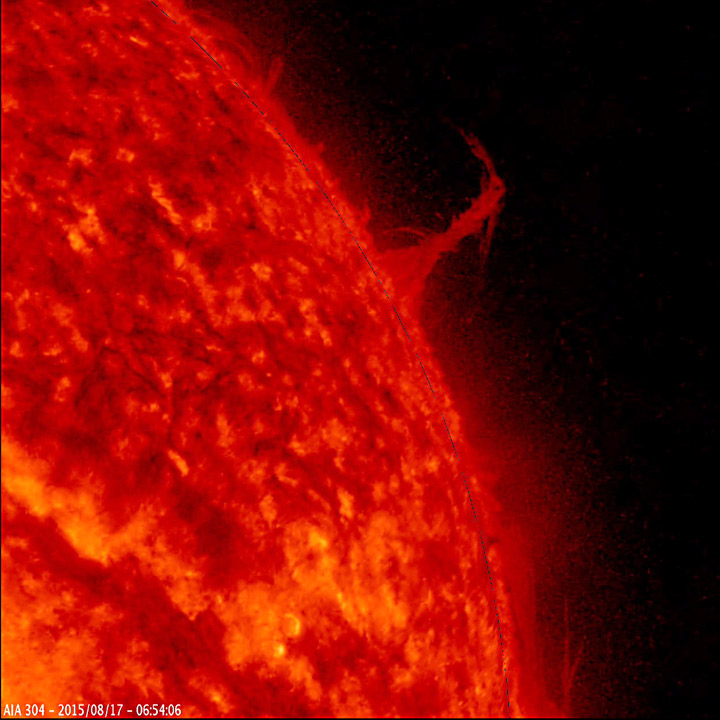 A single plume of plasma, many times taller than the diameter of Earth, rose up from the Sun, twisted and spun around, all the while spewing streams of particles for over two days (Aug. 17-19, 2015) before breaking apart. At times, its shape resembled the Eiffel Tower. Other lesser plumes and streams of particles can be seen dancing above the solar surface as well. The action was observed in a wavelength of extreme ultraviolet light. Credit: Solar Dynamics Observatory, NASA.