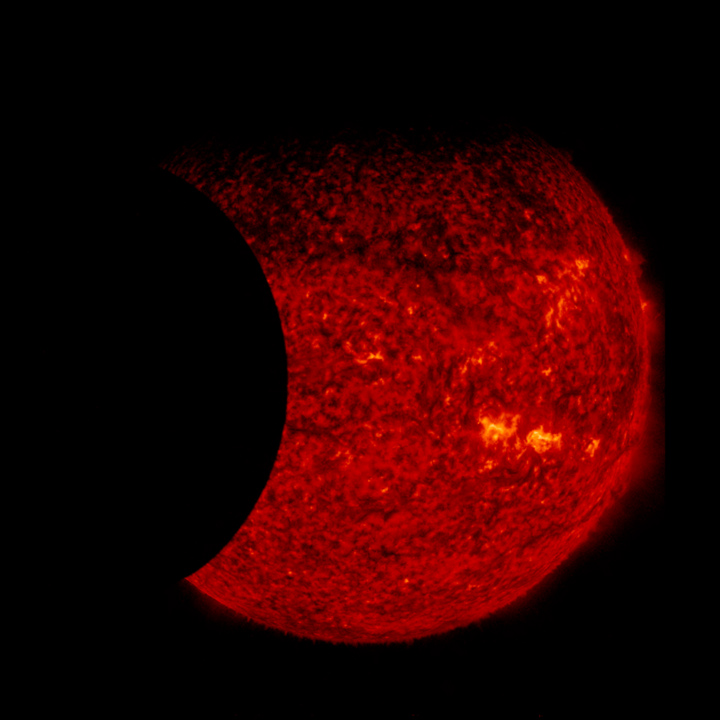 For the very first time, SDO observed both the Earth and the Moon block its view of the Sun at the same time (Sept. 13, 2015). First the Earth blocked out the entire Sun for an hour. When it moved aside, the Moon was also blocking a portion of the Sun. Of course, none of this was visible from Earth. Due to SDO's elliptical orbit, occasionally the Earth or the Moon blocks its view of the Sun, but this double alignment was a first. The video shows the Earth moving out of the way and revealing the Moon over a brief 10-minute period. Incidentally, the edge of the Earth looks much fuzzier than the edge of the Moon because our planet has a thick atmosphere and the Moon does not. Credit: Solar Dynamics Observatory, NASA.