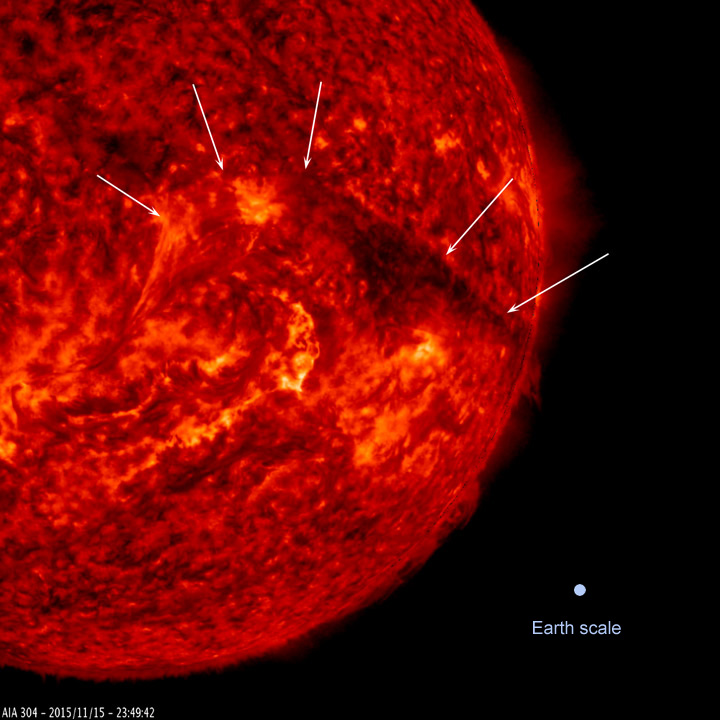 A dark and almost circular filament broke away from the Sun in a gauzy, feathery swirl, followed by a second filament eruption that was below it (Nov. 15-16, 2015). Filaments are dark strands of plasma tethered above the SunÕs surface by magnetic forces that over time often become disrupted. The video clip taken in a wavelength of extreme ultraviolet light, covers nine hours of activity. Solar astronomers had been watching and chatting about this almost circular filament for several days. The first eruption featured a sizeable and mostly dark stream of plasma that twisted away into space. Credit: Solar Dynamics Observatory, NASA.