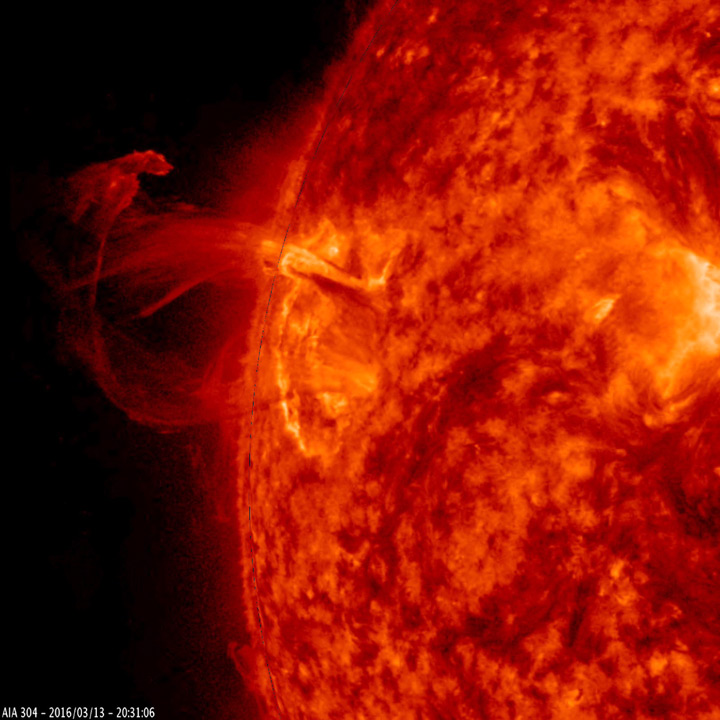 A round solar filament that had just rotated into view burst out from Sun over a three-hour period (Mar. 13, 2016) in a dramatic display. As one can see, much of the plasma did not have enough oomph behind it to escape the gravitational pull of the Sun. Filaments are clouds of gas suspended above the Sun by magnetic forces. They are notoriously unstable and often break apart after a few days. The video clip was made from images taken every 12 seconds, the fastest cadence in the world for solar observations from space. Credit: Solar Dynamics Observatory, NASA.