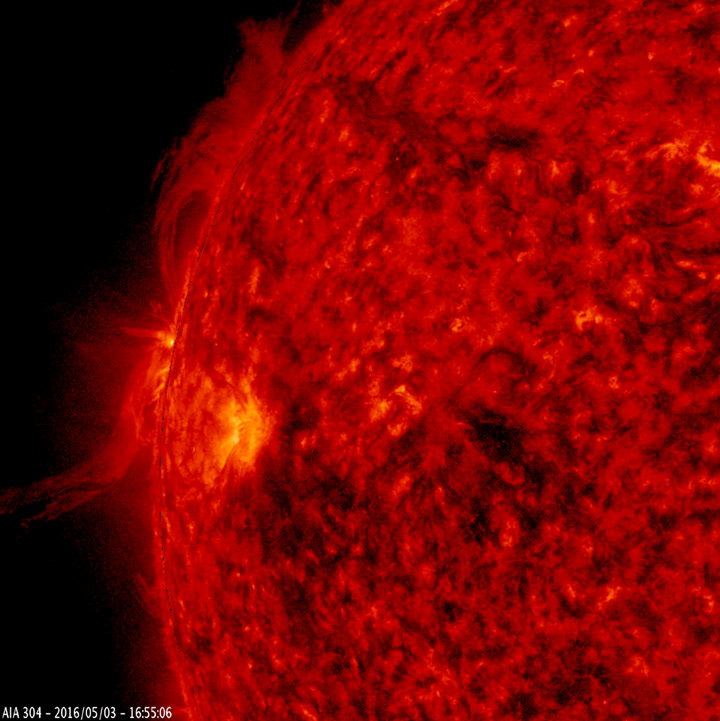 An active region at the Sun's edge, in tandem with a streaming solar prominence nearby it, combined to make an action-packed video clip (May 3-4, 2016). The active region spouted off dozens of small eruptions of plasma that looked like licks of flame. The twisted prominence (a cooler cloud of gas suspended above the Sun by magnetic forces) streamed plasma mostly towards the active region as if fueling the activity. The images were taken in a wavelength of extreme ultraviolet light. Credit: Solar Dynamics Observatory, NASA.