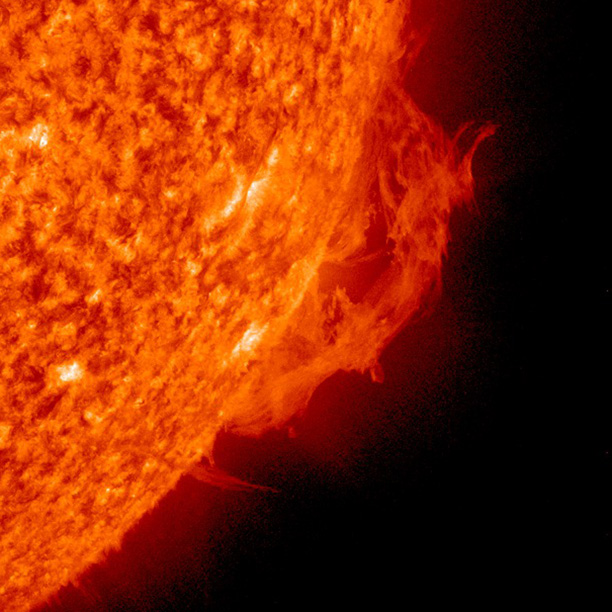 This close-up view of a prominence high above the Sun_s surface shows the twisting and swirling motions caused by magnetic forces over about 10 hours on April 17, 2011. While some of the material seems to break away from the Sun, much of it appears to return to the surface by the end of the clip. This event was observed in the extreme ultraviolet light of ionized Helium and is being shown with time-lapse images every three minutes.