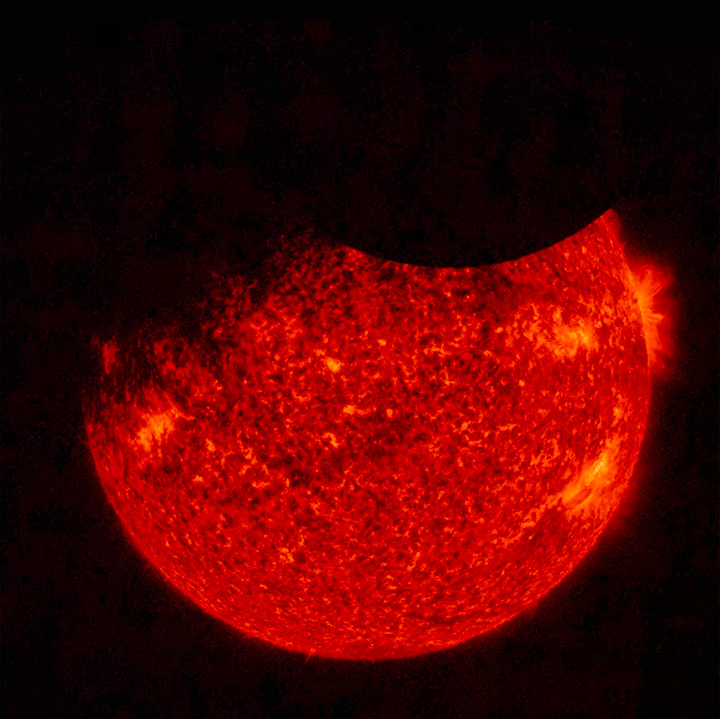 Solar Dynamics Observatory (SDO) saw both the Moon (upper right) and the Earth (upper left) partially block the sun (Sept. 1, 2016 at 7:33 UT). Just before this image was taken, the Earth totally blocked the sun for a while. SDO orbits 22,000 miles above the Earth in a highly elliptical orbit that sometimes puts the Moon or Earth in front of the sun. The sun image was taken in a wavelength of extreme ultraviolet light. Only once before have both been there at the same time. Note that the edge of the moon is quite crisp because it has no atmosphere. Credit: Solar Dynamics Observatory, NASA.