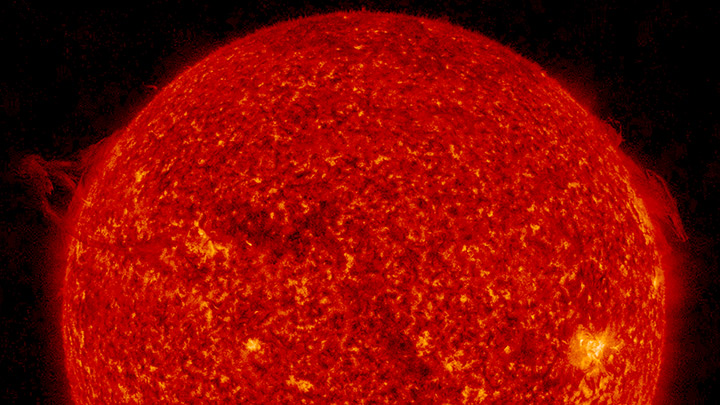 The sun produced swirling prominence activity of both its side, one after the other, over two days (Dec. 7-8, 2016). First, on the left edge, a prominence rose up and partially broke away into space, with some of the material falling back into the sun. Meanwhile, along the right edge, a twisting and tangled mass of plasma was pulled this way and that by magnetic forces throughout both days. This kind of activity is fairly common, but visually engaging nevertheless. Images were taken in a wavelength of extreme ultraviolet light. Credit: Solar Dynamics Observatory, NASA.