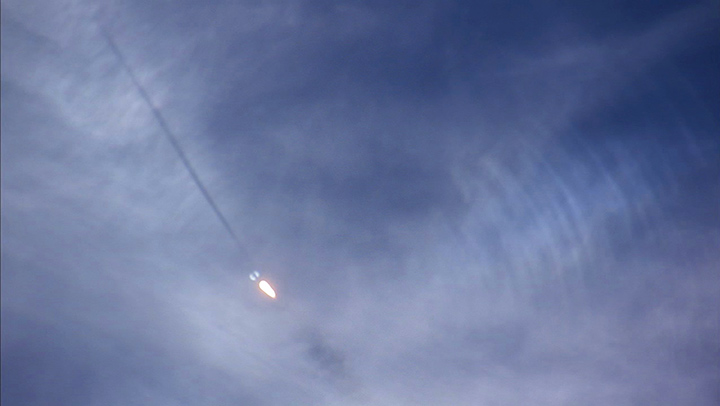 Seven years ago, on Feb. 11, 2010, SDO was successfully launched into space aboard an Atlas V rocket to begin its mission to study the sun's energy and its influence on space weather. To help celebrate this occasion, we wanted to show the exciting moment when the rocket flew by a sundog (formed when sunlight passes through hexagonal, plate-shaped ice crystals in cirrus clouds) and sent visible waves rippling in all directions around it. The gathered crowd expressed its surprise with oooooohs and aaaaahhhhs.