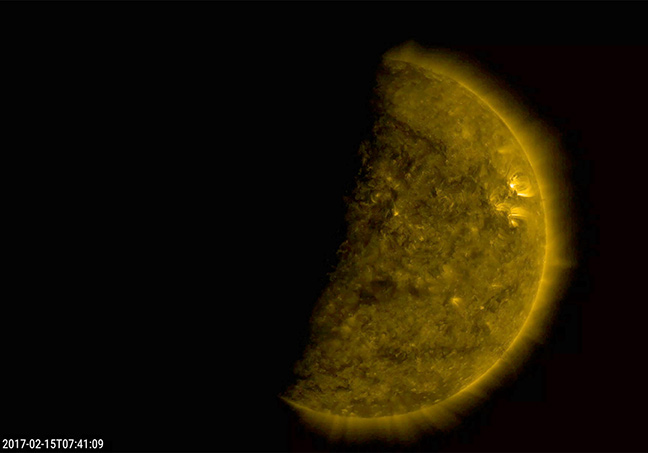 Several times a day for a few days the Earth completely blocked the Sun for about an hour due to SDO's orbital path (Feb. 15, 2017). The edge of the Earth is not crisp, but kind of fuzzy due to Earth's atmosphere. The entire video clip here shows the ending of one such eclipse overÊjust seven minutes. The sun is shown in a wavelength of extreme ultraviolet light. These eclipses re-occur about every six months. The Moon blocks SDO's view of the sun on occasion as well. Credit: Solar Dynamics Observatory, NASA.