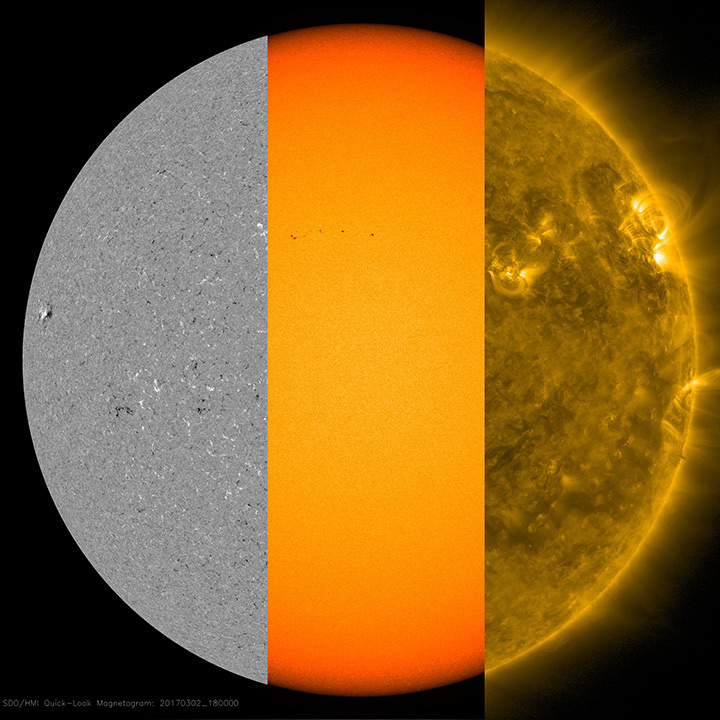 Several small sunspots appeared this week, giving us a chance to illustrate their sources (Mar. 2, 2017). The first image is a magnetogram or magnetic image of the sun's surface. The MDI instrument can observe where positive and negative particles are moving toward or away from strong magnetic areas. These active regions have stronger magnetic fields and appear as strongly black or white. The yellow image shows the surface in filtered light, and there the same active regions appear as dark, cooler splotches called sunspots. Higher up in the sun's atmosphere, the golden image (in extreme ultraviolet light) shows arches of light above the active regions, which are charged particles spinning along magnetic field lines. Note that they all align very well with each other. Magnetic forces are the dynamic drivers here in these regions of the sun. Credit: Solar Dynamics Observatory, NASA.