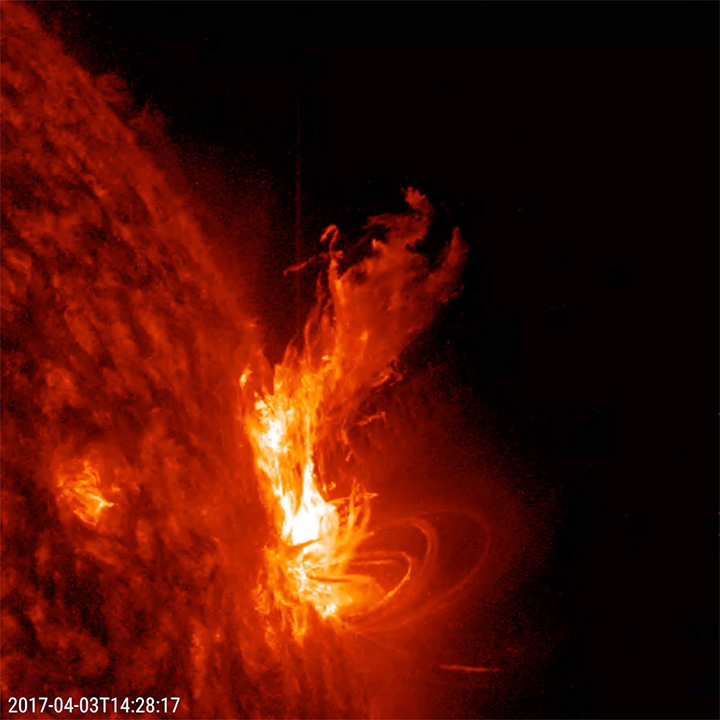 An active region at the sun's edge produced several M5-class (medium sized) flares over a ten-hour period (Apr. 3, 2017). The most dramatic flare occurs about half way through the video clip, when it shoots up a bright towering plume of plasma. These were the strongest flares of the year so far. Some coronal mass ejections (which hurled clouds of plasma into space) were also associated with some of these flares. The images were taken in a wavelength of extreme ultraviolet light. Credit: Solar Dynamics Observatory, NASA.