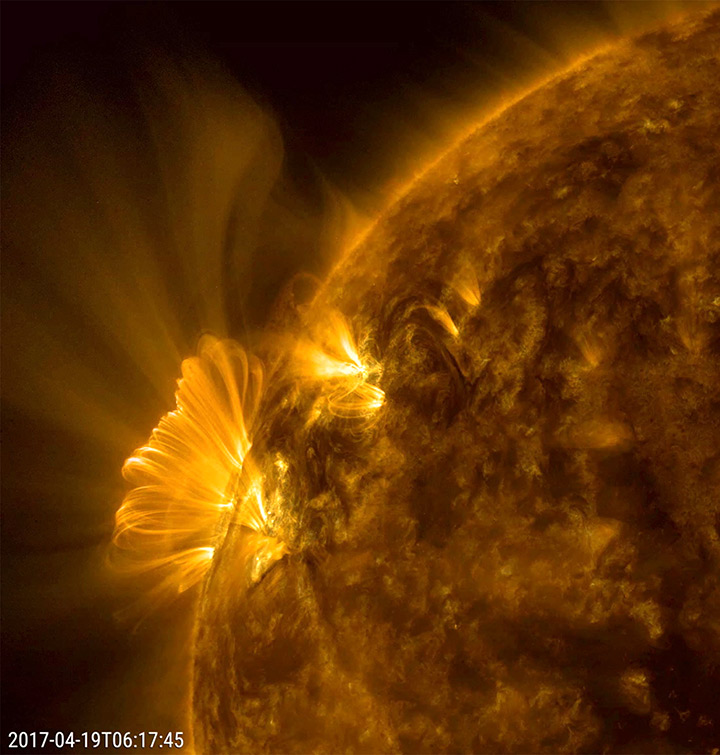 An active region that had just rotated into view blasted out a coronal mass ejection, which was immediately followed by a bright series of post-coronal loops seeking to reorganize that region's magnetic field (April 19, 2017). We have observed this phenomenon numerous times, but this one was one of the longest and clearest sequences we have seen in years. The bright loops are actually charged particles spinning along the magnetic field lines. The action was captured in a combination of two wavelengths of extreme ultraviolet light over a period of about 20 hours. Credit: Solar Dynamics Observatory, NASA.