SDO Saw Only a Partial Eclipse 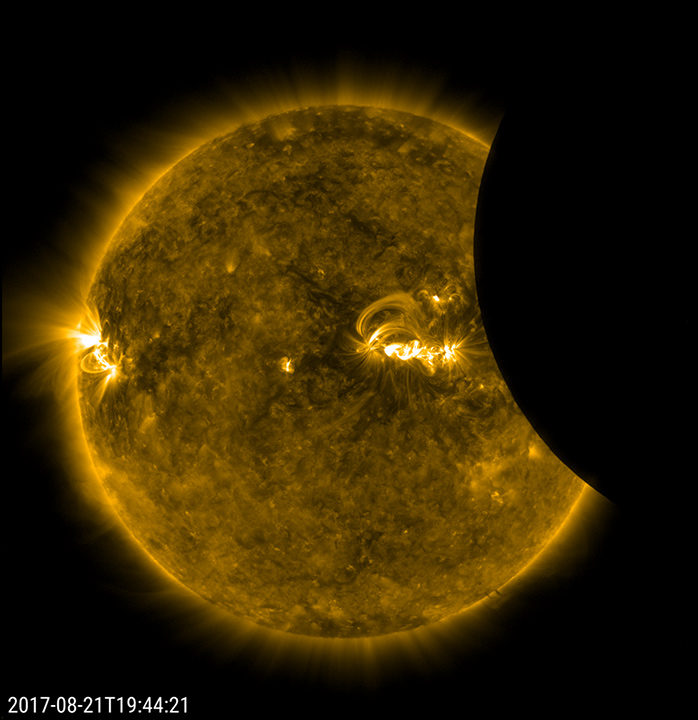 Millions of excited people in the U.S. traveled many miles see a total eclipse, and what a show it was. The SDO spacecraft was not so fortunate: its orbit only allowed it to observe a partial eclipse that at its peak covered only about 14 per cent of the sun (Aug. 21, 2017). Most of the people in the U.S. (weather permitting) observed at least 60 per cent coverage of the sun by the Moon. The good news for SDO is that it gets to see partial and solar eclipses several times a year. So, it all kind of balances out, in a way. Credit: Solar Dynamics Observatory, NASA.