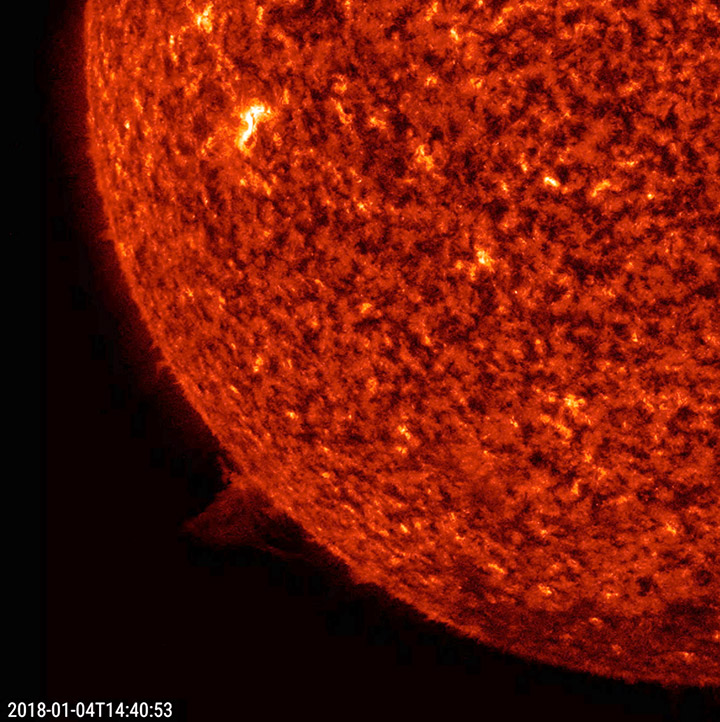 A small prominence rose up above the sun, appeared to twist around for several hours, and then began to send some streams of plasma back into the sun (Jan. 3-4, 2018). The action, observed in a wavelength of extreme ultraviolet light, lasted just about one day. Prominences like this one are quite common. In fact, there were several over the past few days. For a sense of scale, the prominence reached up more than several times the size of Earth. Credit: Solar Dynamics Observatory, NASA.