SDO's Version of an Eclipse 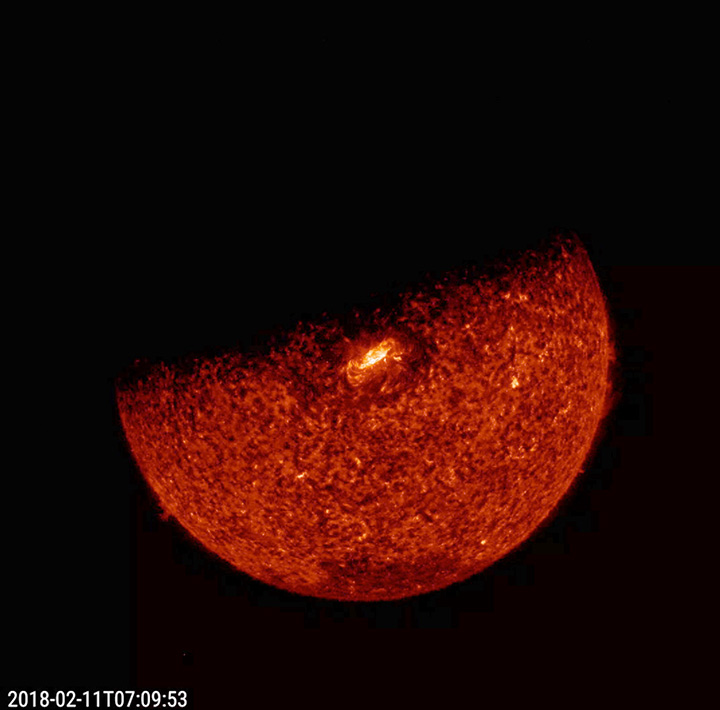 On the 8th anniversary of its launch in 2010, SDO captured a total solar eclipse (Feb. 11, 2018) when Earth crossed in front of the sun. It lasted just 31 minutes. This cosmic event was not visible from Earth. Due to its geosynchronous orbit, there is a three-week period that occurs twice a year during which Earth briefly blocks SDOÕs view of the sun. The video clip, which shows the sun in a wavelength of extreme ultraviolet light, covers about an hour and a half near the time of the eclipse. Credit: Solar Dynamics Observatory, NASA.