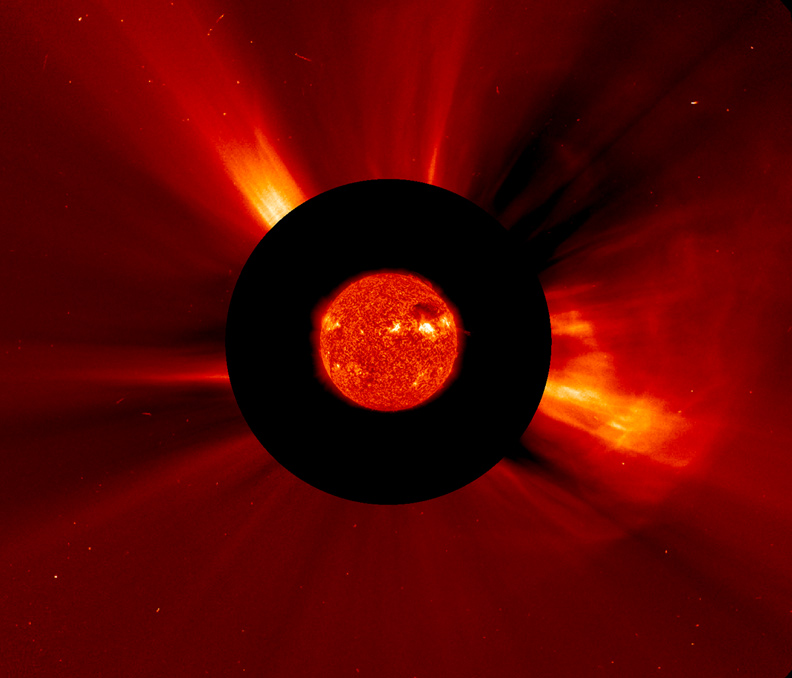 An M9.3 flare (fairly strong-sized) along with a coronal mass ejection (CME) blasted out from the Sun and headed in the general direction of Earth (Aug. 4, 2011). This was the third flare in three days from Active Region 1261. The CME, seen in the 304 wavelength of extreme ultraviolet light from Solar Dynamics Observatory, can be seen distinctly as a darker cloud lifting off and rising up and out into space, something we usually do not get to see so clearly. The movie covers about eight hours of activity. The Sun itself is superimposed on SOHO C2 coronagraph. The snowstorm effect is caused by high-energy particles from the flare striking SOHO?s imager. The lop-sided but fast-moving cloud of particles headed off in the general direction of and may generate some aurora activity when it arrives.