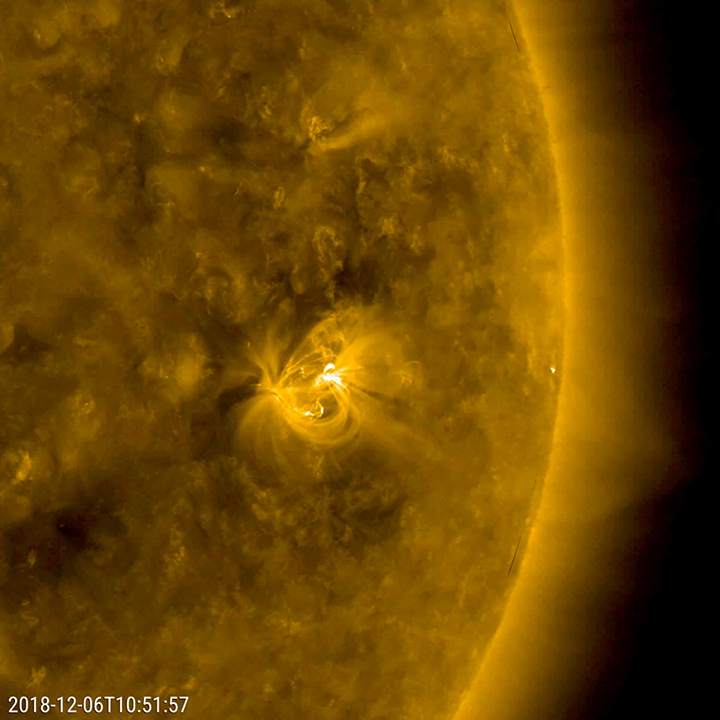 The only active region observed this week appeared on Dec. 5, 2018 and grew into an average size display of dynamic activity (Dec. 6-7, 2018). As viewed in a wavelength of extreme ultraviolet light, the region presented numerous magnetic loops of charged particles, rapidly changing their shapes and directions. As the sun is approaching its minimum level of activity in its 11 year solar cycle, we expect to see fewer and fewer active regions for quite a while. However, this active region is in the southern hemisphere of the Sun and has the North magnetic pole in the lead, so it is a sunspot of Solar Cycle 24. Credit: Solar Dynamics Observatory, NASA.